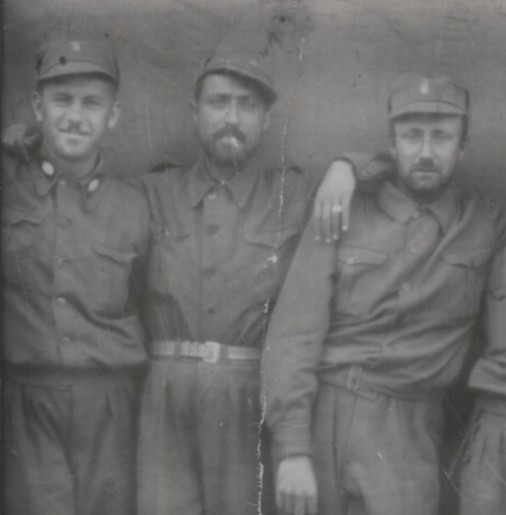 “The real star of the film of course was Cephalonia itself,” said Susie Pugh Tasios, the producer of Captain Corelli’s Mandolin which I watched again last night. Susie died last year of cancer, and is dreadfully missed by her friends and family. I remember the gusto with which she spilled the beans about the crises of filming –  Nicholas Cage’s hairdresser dramas, getting the Greek airforce to send old planes over without alarming the Turks, the day all the extras walked out as the left-leaning ones objected to the role written for the left-wing Partisans, while the right -leaning ones objected to the left-leaning ones objecting.. I believe she drafted in Albanian workers who didn’t give a damn either way…

Speaking of Albania, I found a photo of my father as a soldier in the 1940 war in Albania between the Greeks and the Italians – the prelude to Captain Corelli – As a seasoned St Moritz ski-er, he was the ski teacher of the Greek ski troops in the mountains there. He was immensely proud of two things – a watch that  was given to him by the one prisoner they took, an Italian soldier who had been sent to the front for being a communist economist at the University of Bologna, and a medal he got for being in hospital for frostbite got while fishing in a stream –

Cephalonia, or Kefalonia as it is now called, shone with undimmed loveliness  – the beach at Myrto, Antisamos beach, views over to Ithaca,  and the fabulous reconstruction of pre-earthquake Argostoli – the film set was a huge draw for Cephalonians who brought their old folk and children to see  what the town had looked like in the old days – I saw many old faces with tears running down their cheeks as memories flooded back. 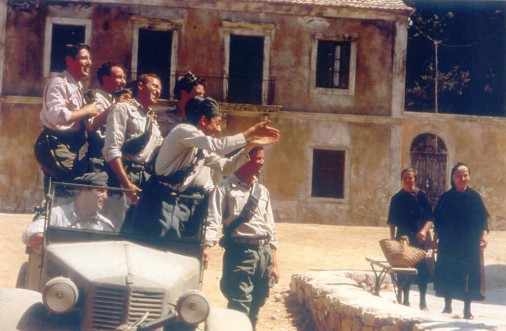 One of Susie's stills from the film set 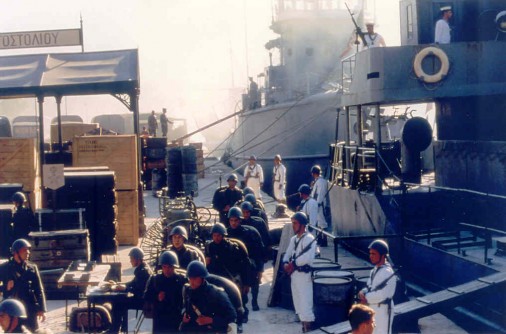 Still from the film set 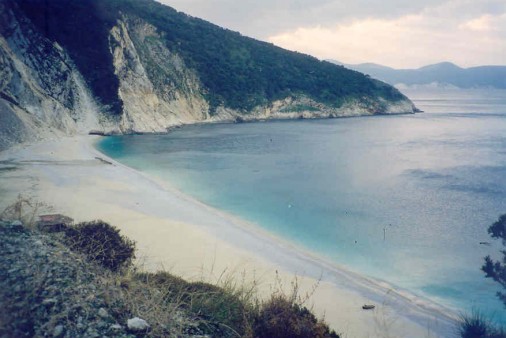 Myrtos beach - the star of the film

Louis de Bernieres, there is always a special place for you in these islands…