The Madonna of the Cave – Ithaca 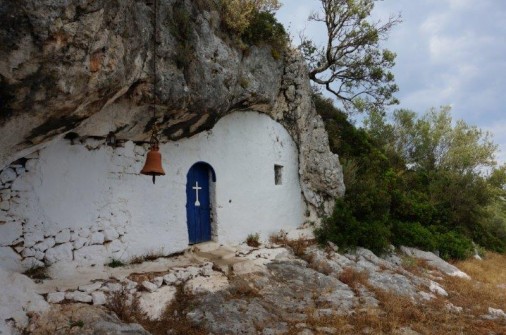 The Panaghia Spiliotissa, or the Panaghia ton Vlachernon as it is properly known, is a little magical site on the hillside of a mountain on Ithaca. The path winds up through peaceful fields and smallholdings that Homer’s Laertes , the father of Odysseus whose farm is supposed to be around here, would have probably recognised –  the red Toyota pick-up truck would be strange to him, but the  chickens clucking around the tyres, the goats bleating, the cypresses waving and the aromatic hot breezes wafting around your feet as you walk would all be familiar. The path then climbs up steadily around gnarled olive trees – young saplings when Laertes also climbed here, every turn revealing a new view over as far as Zakinthos, timeless views with the echo of old gods still clinging to dried flower heads, grass pods, trees and rocks,  till it reaches the Spiliotissa. 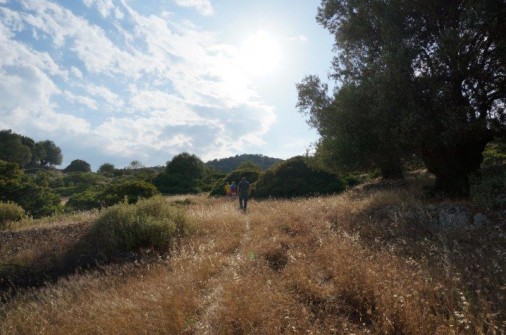 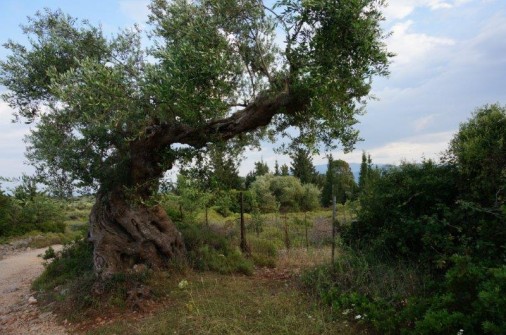 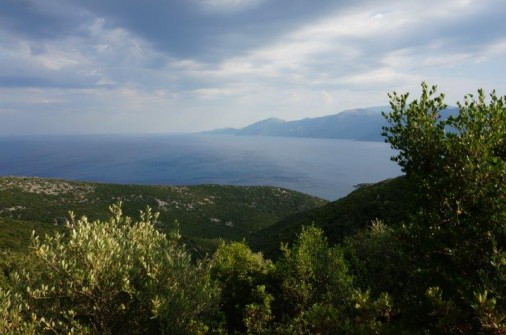 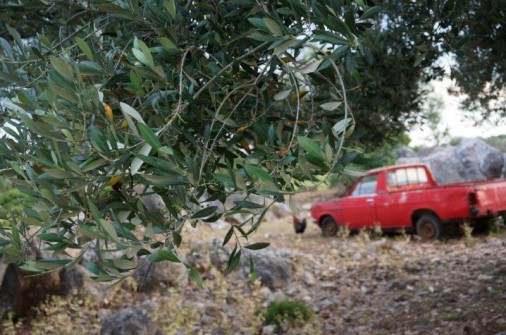 Like most of these little secret holy places, it was probably a cave with a resident nymph or dryad in Laertes’ time, until one fine day in 1823…

Two men, (as the priest’s wife told me) were digging their fields and as men do, they fought, All day long.  They fought so much that they didn’t manage to get the field dug, so decided to take shelter in a  cave they knew nearby, and spend the night there, (to avoid facing their wives most likely with the day’s work not done.)

In the middle of the night, they were awakened by a bright light shining from a dark corner of the cave. Much frightened, the one hiding behind the other, they crept to the corner to see what the light was that was shining so bright. There they saw a small icon of the Virgin Mary lying against the cave wall. At daybreak, they left the cave and took the icon home with them. The next morning though, it had disappeared and miraculously found its way back to the cave. Three times they brought the icon home with them, and three times it returned miraculously to the cave. Finally they bowed to the will of the icon,  and built a small chapel in the cave dedicated to the Virgin.

On the 2nd July, the villagers of Ithaca wind their way in happy procession past Laertes’ fields, past the echoes of the old gods clinging to the dried grasses and flower pods, past the gnarled olive trees, and up to the chapel, where small oil lamps burn all year, and hold a rustic mass. And the icon now stays put. 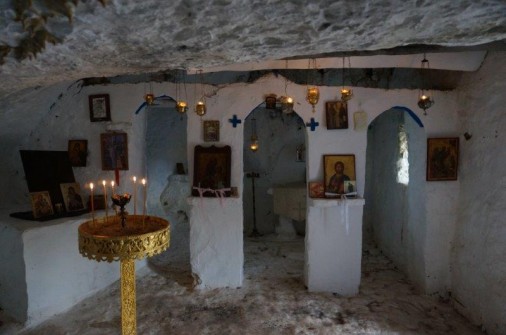