Not that they have a superiority complex or anything, but the Ionian islands off Greece’s west coast do like to point out  that they were  part of the very civilized Venetian empire for four hundred years, while the rest of Greece stewed under the Turkish yoke. There are many legacies of the Venetians; a local aristocracy who wore western dress rather than Ottoman veils, (albeit fifteen years behind the fashions of London,)  Italian influenced dialect and food and Italian style architecture. The least known legacy- at least to summer visitors however, is the music.

Mainland Greece wails, bangs,  weeps, stomps,  bows, scrapes, scratches  and blows in a distinctly Balkan-oriental way, that one either loves or hates – I love;  but the Ionian islands sing. They have cantades, serenates, mandolinates,  with lilting melodies, sophisticated harmonies, and a  folkloric lyricism that inspired Mikis Theodorakis and Manos Hatzidakis to write some of their sweetest songs. Even the tiniest island community will have its philharmonic orchestra  consisting mainly of tubas, horns flutes, accordions and mandolins,  to which all the locals and some visitors make donations.  Most importantly,  they have their own choirs. These choirs are the social glue,  bringing together young and old,  men and women, rich and poor,  to  preserve and transmit their musical patrimony. Each island has its own songs which  are inspired by the loveliness of their landscapes, the richness of their nature, the abundance of fruit, birds, flowers, the clarity of their waters, and their homesickness when separated from their beloved isle.

In January, the islands of  Corfu, Lefkada, Kefalonia and Zakinthos sent their finest choirs  to Athens to perform celebration of Ionian cantades. I was lucky enough to catch this, as the  Five Star Greece representative on Kefalonia happens to play the  mandolin  for one of the choirs. He has been known to play for guests of ours as well if the spirit takes him. 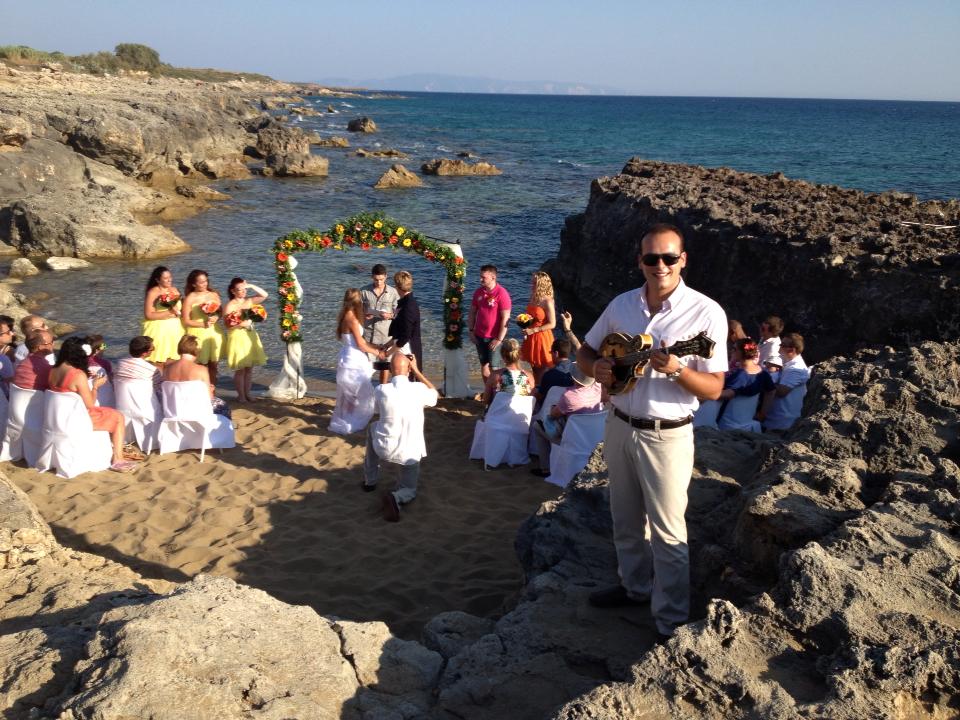 Pierros and his mandolin.

A  heady, school trip atmosphere prevailed at Kefalonia airport as members of the choir and their families squeezed themselves, the guitars and tubas onto the small plane bound for Athens. One mandolin got a window seat and had its seat belt fastened by the stewardess to much hilarity. 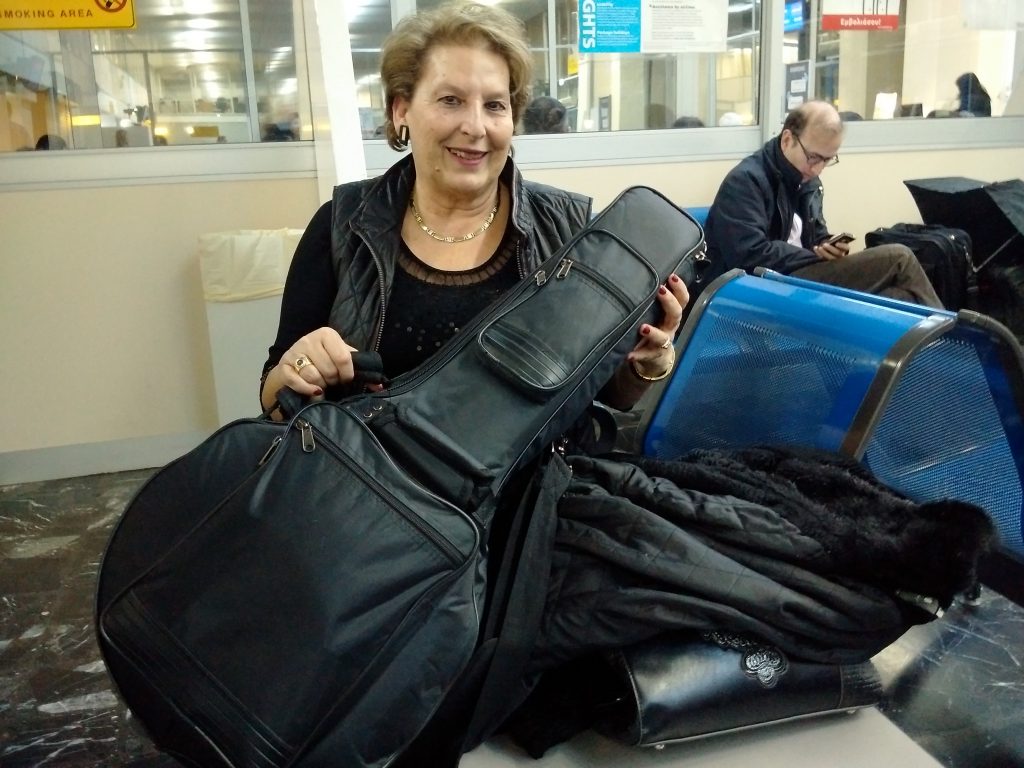 After the concert, which  filled the hall to bursting, everyone agreed that the Kefalonians had been the best, singing both musically and boisterously, followed by  a stylish and refined choir from tiny Lefkada. The Corfiots were very polished but lacked “kefi” or inspiration from the spirit – a wonderful Greek word that has no translation in English.  The Zakinthos choir was a gallant fourth. 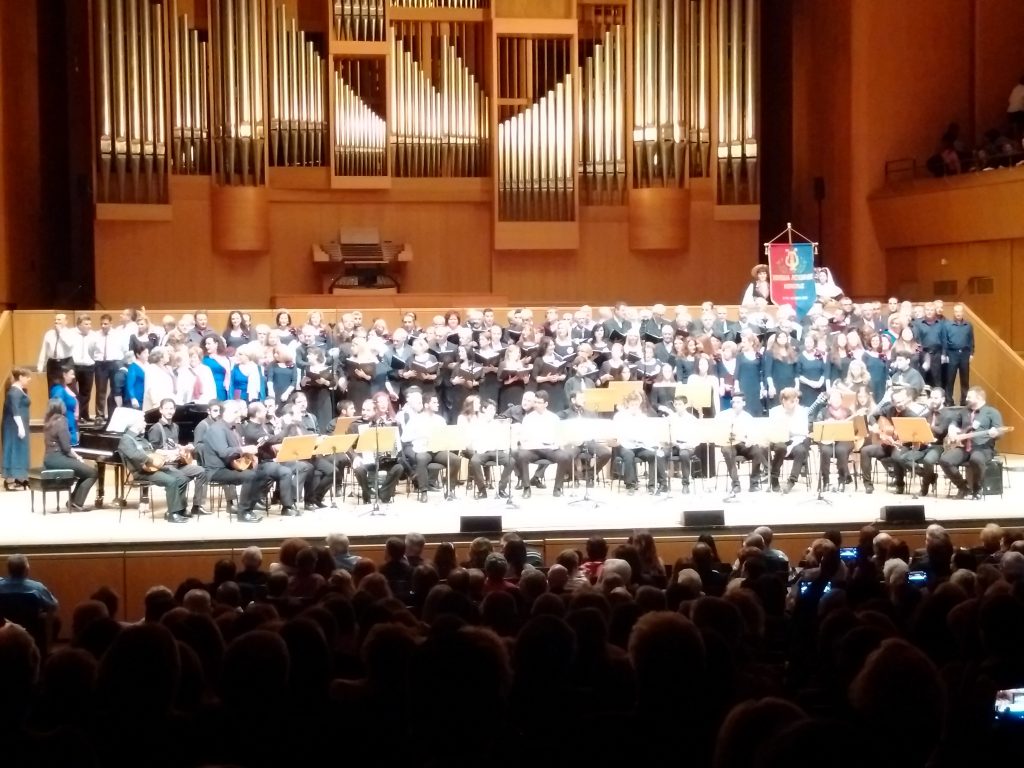 For a villa on Corfu, Kefalonia, Lefkada, Paxos, Ithaca or  Zakinthos, contact Five Star Greece, and perhaps Pierros will  even play the mandolin for you. 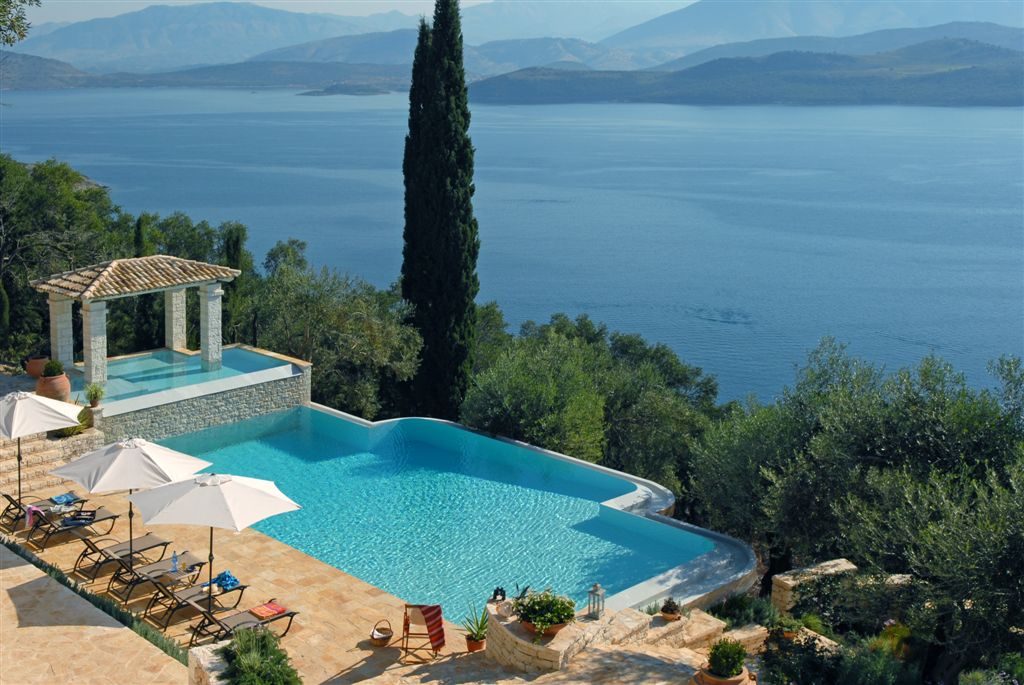