The fabulous Serge  Dive’s PURE  Life Travel fair is harder to get into than the jeans you had when you were 18, but oh, once you are in…… Regular readers of this blog will know what I had to do to get the zip up… (just type PURE in the search function). 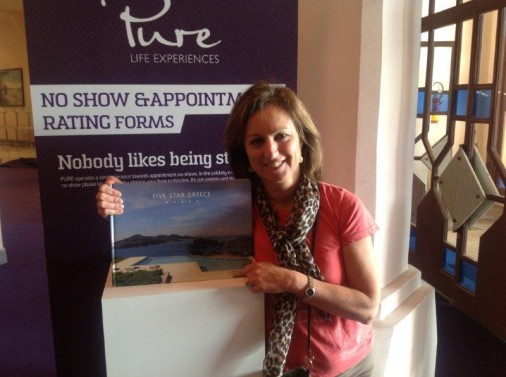 I have never seen such astonishing parties – dry ice,  floating candles and whirling dervish dancers  with glittering streamers on spotlit plinths, all reflecting in the pool,  Berber horsemen and palm trees, amazing food and terrific music. 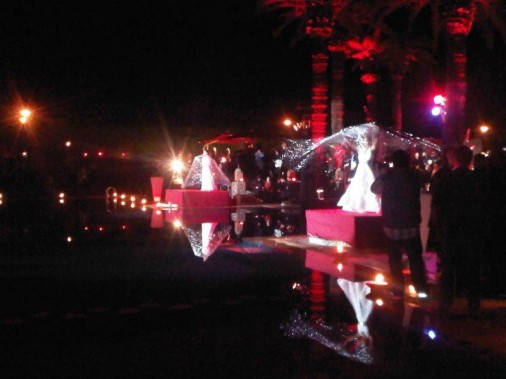 On the work front (yes, there was one,)   47  brilliant appointments, one after the other, from the eye-popping agent whose brief was;  “Can you arrange a pirate party and  set fire to a ship for my client’s birthday?” to the wonderfully named  ” Travelling Divas” who arrange single sex trips for ladies.

The more bizarre highlights were a Colombian travel agent asking me if Greece were safe to travel around in, an Argentinian exhibitor embracing me gleefully  in the lift saying,  “We are the two most bad-ass countries in this show.”  As places like Outer Space and the Congo were also represented at PURE, I felt this was a little impertinent, and wanted to say “Steady on there, Sir!” but, hey, I was in a lift with him, so I just embraced him back. We bad-ass countries have to stick together.   This was followed by a US agent asking me if racist attacks in Greece on black Americans had stopped – I didn’t know they had started to be honest, and I don’t think anyone else in Greece did either. Perhaps he meant Athens, Georgia?  I thought on balance that  “Yes” was the safest thing to say.

On a completely non-work related front, if you are planning to go to Marrakech, don’t miss the tiny exhibition of Berber  jewelry in the Berber Museum in the  Jardins de Majorelle – the  6 mannequins stand in a small pentagonal room, where everything is  painted black but the walls are lined with mirrors.  The black ceiling  is thickly pierced with starry lights, which in the blackness are infinitely reflected from mirrored wall to mirrored wall, so that the figures seem to be standing in an infinite desert night under the endless black sky, their  silver headdresses glittering under the stars. Magic. 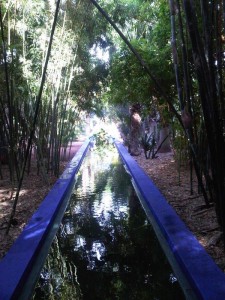