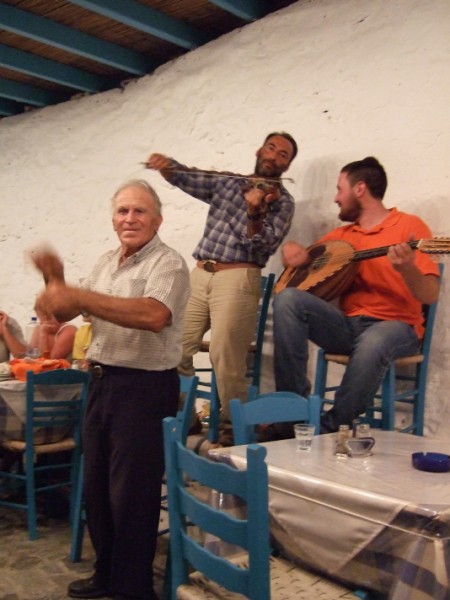 I am stuck in Athens waiting for the wind to drop enough for the harbour master to allow the ferry that I need to catch to leave for Kephalonia. This is your gain as having nothing positive to say at the moment, other than Athens is on sale so rush over to do your shopping,  especially at Enny di Monaco, my cousin’s brilliant boutique in Kolonaki,  I will post here the first of our Guest Blogs…

“Most people limit their trips to ancestral islands to the summer months when you can actually sit on the deck of the ferry and enjoy the scenery without freezing to death and getting pelted with a hard, cold rain. But we had ‘chores’ to do – the old house needs constant attention and the garden of fruit trees, grape vines and an overgrown mimosa tree was in serious need of pruning. During the summer when it’s hot and lazy you’re too busy doing absolutely nothing even to dream of getting any real work done. Besides, so I’ve been told, it’s the wrong time of year to prune anything.

But, as we discovered, there are real advantages to visiting the islands during the winter. You get to see the hills covered with what looks like soft green felt, the streams are full and rushing down the steep hills, and the wild flowers are just waiting to burst out at the first stretch of warm weather. You can even see a dusting of snow on top of Mount Oxi on Evia.

Among other benefits you gain immense credibility and move up the acceptance ladder from mere ‘summer people’ to ‘real islanders’. Shopkeepers have time to smile at my broken Greek and suggest that perhaps what I really wanted was a half a kilo of mince meat and not the five kilos of pork intestines that I had mistakenly ordered. A contractor makes time to come out on a cold Saturday night to fix our electricity. The owner of the computer store, who was up half the previous night hosting a ‘Back To The 80s’ party at his cafe, makes time on a Sunday morning to fix my internet connection. Passersby nod with satisfaction when they see lights in a house that is usually dark from September to June. You can just hear them saying, “This is how it used to be. This is how it should be.”

The outdoor tavernas may be closed, but it’s Friday night during the winter – and that’s bouzouki night in one of the restaurants. The man that runs one of the town’s jewelry shops doubles as a bouzouki player. He is accompanied by the owner of the restaurant who plays a mean 12-string guitar and happens to have a pretty good voice. After a few glasses of ouzo the customers add their voices to the renditions of traditional Greek folk songs.

During the winter the cinema moves indoors and people are encouraged to make a bit of social occasion out of it by bringing wine and traditional Greek mezzes. Even if you miss the subtle points of an Italian film with Greek subtitles you can sit back and enjoy the wine and food.

The next day was perfect for pruning, bright and clear. Looking at the size of the task I felt like resorting to my favorite pruning tools of napalm and a chain saw when a friend showed up who actually knew what he was doing. He was horrified at my suggestion of wholesale slaughter of innocent plant life, and produced a small pair of pruning shears to tackle the jungle. Bit by agonizing bit some order emerged from tangled mass, and by the end of the day we had a two-meter tall brush pile, slimmed down grape vines, and a denuded, shrunken mimosa that he promises will spring forth in scented glory by Easter.

A few days later, loaded down with our own lemons and mandarins, we reluctantly returned to Athens convinced that island life has as much, if not more, to offer during the winter months than during the sun-soaked days of summer. ” 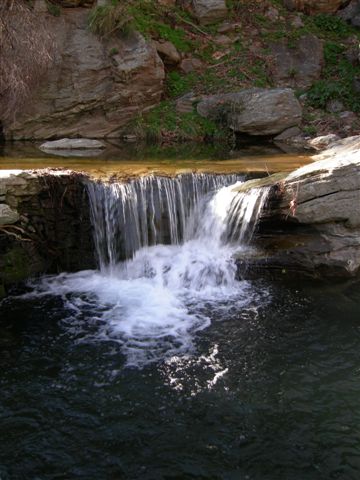 If that is tempting, we have a couple of houses on Andros with heating that are open all winter!