The Camellia – A Classic Motor Yacht to cruise the Ionian Islands

The seven islands that make up the Ionian Islands are about soft  seduction; they don’t go in for  brash, bright, harsh, wind-blown,  barren, dynamic or other such theatricals –  Corfu, Paxos, Lefkada, Ithaca, Kefalonia,  Zakynthos and  Kythira have always been a country apart – the Venetians owned them,  as did  Napoleon and then  the Russian Tsar,  they were briefly part of the British Empire, (see the cricket pitch in Corfu,)  Lord Byron was offered the crown of Ithaca, (sadly he declined, just imagine!!) They were the republic of the Seven Islands for about 7 years with their own flag,  and were finally given to Greece as an independence present.  Greeks feel they are abroad when they visit, Europeans feel slightly less abroad, the Italians  still think of it as theirs  – but with over-cooked pasta, I have seen not a few  yachts owned by aristocratic Venetians surreptitiously run up the old flag of the Serenissima when they see the coast of Corfu in a fit of nostalgia, and the islanders themselves – well, the old people  speak a Greek dialect rich in Venetian words, smile and keep their thoughts to themselves. I once flew the flag of the Seven Island Republic from our boat, till my cousin who was head of the foreign office told me to take it down as it was “incitement to sedition”.   Anyway, just saying  that these islands are different….

there were gardens bright with sinuous rills,
Where blossomed many an incense-bearing tree;
And here were forests ancient as the hills,
Enfolding sunny spots of greenery.

The sea has a glassy calm; trees, stars, cliffs, masts and bright fishing boats reflected as in a mirror for long periods in the summer – small islands lie strewn around inviting exploration, while crystalline coves and secret bays seduce one into dallying far longer than planned . This is the perfect territory for cruising –  All you need is a classic motor yacht with lovely lines, gleaming teak, and a polished wooden  Riva as a tender. A stately pace and old fashioned elegance that don’t disturb the loveliness of nature is what goes best with the Ionian – leave the coloured LED displays, high adrenaline and noise  for the Aegean over on the other side. and fall for the  M/Y Camellia, a classic yacht, at home in the heart of the Ionian.  She is for people who don’t really notice if other people are looking at them or not. Though people will be looking.

Based in Fiscardo, Greece’s prettiest harbour, with an international airport on the island,  with 5 cabins, a Captain at home in these waters, and a reasonable price tag, the Camellia could be the way you finally succumb to Ionian seductions. 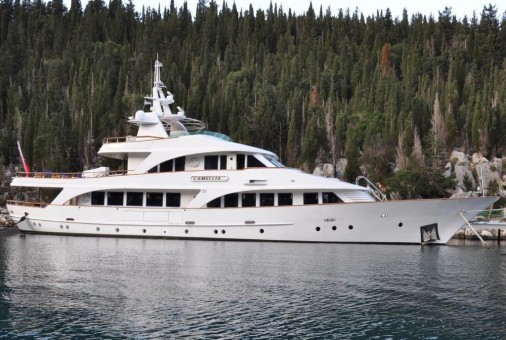 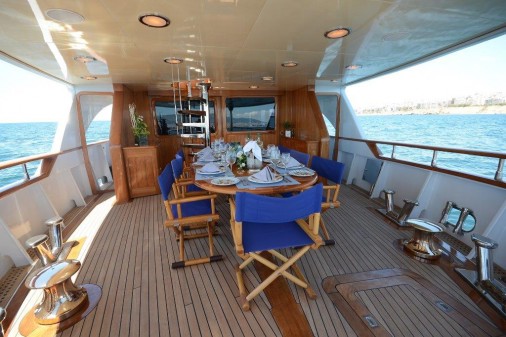 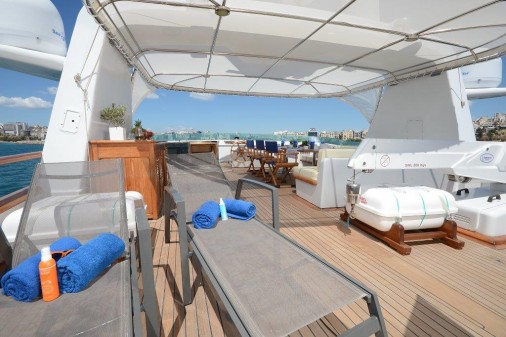 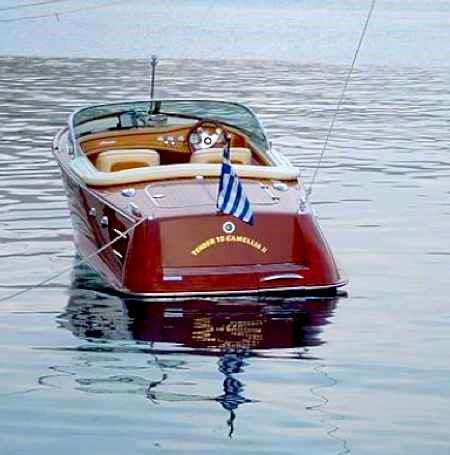 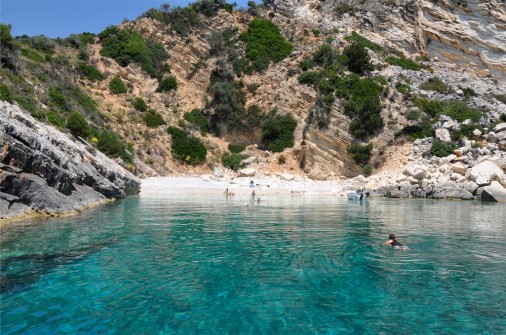