The Cyclades, then and now…

” The mainland of Greece has been overrun by barbarian tribes; the Ionian Islands have been thoroughly Italianised; Greeks in Asia Minor and the islands adjacent to the coast have been swamped by Islamism; yet the Cyclades have remained ore or less as they were, thanks to their  insignificance.”

Thus J. Theodore Bent, Philhellene and anthropologist, in “Island Hopping in the Cyclades”  in 1885

This is a gem of a book, and kudos to Anagnosis  Publications for reprinting these little 19th century masterpieces of travel writing. I have just got back from a brief jaunt in the Cyclades, and have been filled with utter joy thanks to Bent;

Santorini pretty well unchanged ; “A white line of houses perched along the edge of blood red rocks”, “What astounding houses they are! For the most part, only holes chiselled in the soft volcanic rock, and faced with a fronting of stone, in which there is a door, a window above it, and perhaps one on each side. Half the inhabitants of Santorini, in spite of the encouragement given by the government to the building of regular houses,  prefer to live like rabbits in the ground”

Those rabbit holes are now worth a fortune of course. 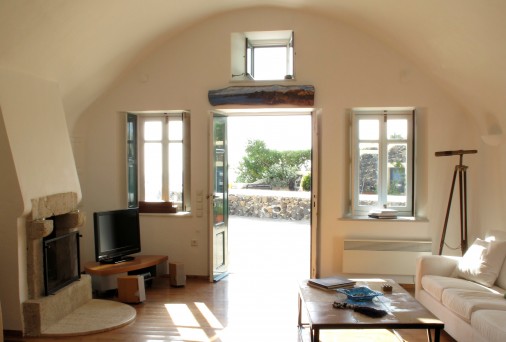 “I asked our muleteer if people frequently lived to be so old at Syra. “Yes” was the reply, an old woman died at one hundred and thirty only a short while ago. In former years people lived so long that they had to be thrown down a mountain cliff.”

Tinos: a visit to the great Church of the Evangelistria

“”Come in and see the charnel-house” said [the nun] cheerily. As we entered by the dim light we saw rows of female skulls, which seemed to glare at us with indignation for disturbing their repose. To our left was hanging what looked in the uncertain light to be spiders webs covered with dust. Our guide said – “Whenever a novice comes, her hair is cut off and hung up here. Let me see,” she said, pausing and shaking a grimy tangled mass, “this is mine, number 1003, when I die, I shall be buried for three years, then dug up again, my skull put up on that shelf, my bones packed in yonder cupboard, and I shall be entered in the deadbook as number 1003”.  We were not sorry to bid adieu to this strange monastic village and enter the world again.

Andros, home of the great shipping families whose scions  famously marry amongst themselves as far as possible;

“The family pride of the  Archons [lords] is by no means extinct.. They are exceedingly strict about marriages, and if the son of an Archon demeans himself by wishing to marry beneath him, the paternal wrath is at once aroused; the young man’s father will say that the  girl has used magic to attract her lover, love philtres and potions, such as they have plenty of on Andros.”

Antiparos – to my delight is described thus:

“A lucky island, a place without history. In classical times it was ignored, in mediaeval times it was deemed of no account; all we can say for certain about it is that until lately, it was the hotbed of  piracy – and its inhabitants are still anything but creditable members of society – and it has a large cave.” 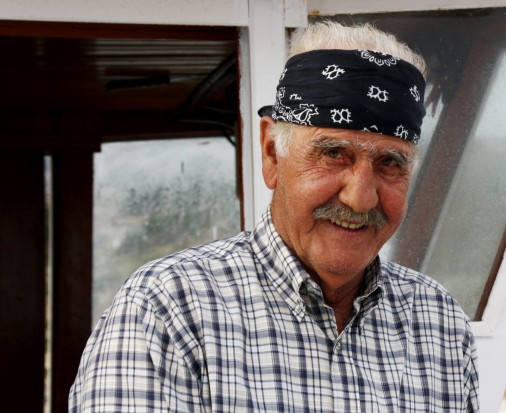 Mykonos; singled out as a remarkable island even then,  a sort of party island, but  with a twist….

“Everywhere in the Cyclades we were told that when we came to Mykonos we should hear the best lamentations over the dead that exist in Greece; that barren Mykonos has this one unenviable speciality; nowhere else could the wailing women sing over the dead such stirring, heart-rending dirges as here. So we went to Mykonos with the firm determination of waiting there until someone died, and in the cold changeable days of March we did not anticipate that we should  long be delayed.”

I could go on and on, but wont,  buy the book yourselves.  And next time you wander in a daze along the narrow lanes of a Chora on Serifos or Amorgos, remember that  150 years ago, there were so many pigs pushing  and snortling their way around,  that the authorities had to restrict each family to owning 3 pigs each…. Remember that even then, “Greek women suffer more audibly from sea-sickness than any other people I am acquainted with”, and when your ferry is delayed or cancelled, think of Bent’s wise words:

You are part of History.

p.s.  Mrs Bent also kept a diary –  full of gossip about fellow travellers apparently, I have just ordered it.