How to watch the Marathon 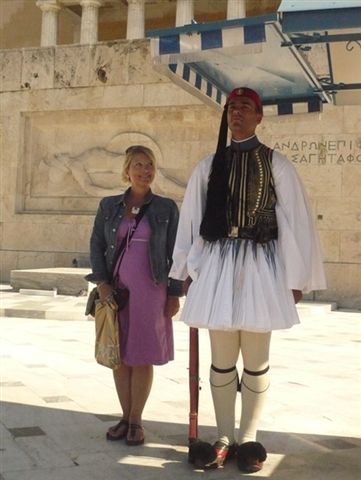 October 31st was the 28th anniversary of the Marathon to Athens race – As you all know of course, the original Marathon was the run by Pheidippides (530 BC–490 BC) of 240 km  in two days to get reinforcements for the Greek troops.  He then ran the 40 km (25 miles) from the battlefield near Marathon back to Athens to announce the Greek victory over Persia in the battle of Marathon with the word “Νενικήκαμεν” (Nenikékamen, “We have won”), then collapsed and died on the spot from exhaustion. Or, as Robert Browning put it more poetically,

“Like wine through clay,
Joy in his blood bursting his heart, – the bliss!”

Five Star Greece was not in Athens, so we asked Sara Cheston, our invaluable  office organiser, to cover it for us.  Sara had a rather different reaction from Robert Browning and sent us in some very cute pictures of strapping Greek Guardsmen… thank you Sara…

and of one rather sweaty Marathon runner which we won’t post,  (oh, alright, here it is…) 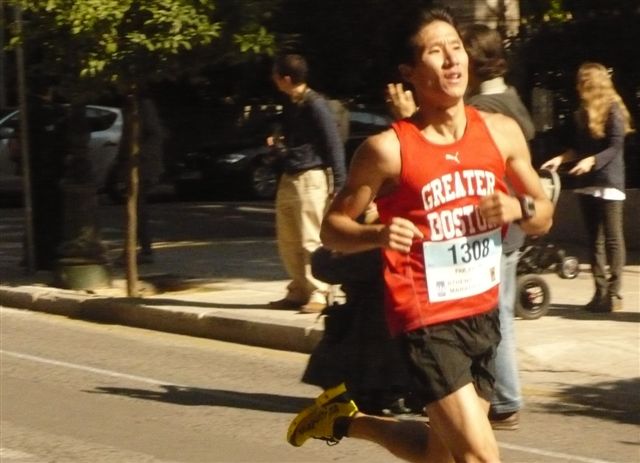 so although Sara is not really in contention for sportswriter of the year, we do feel that as a guide to what is great about watching that noble race from its birthplace, she can’t be faulted..

“At 09:00am on Sunday 31st October 2010 we drew back the  heavy curtains at the Athens Hilton to be greeted by bright sunshine and the bluest of skies.  Stepping out onto our balcony,  all we could hear was birdsong  as traffice had been suspended for the day – what a time to be in Athens!  Great cheers were already going up for the winner, Raymond Bett who completed the course within an amazing 2 hours, 12 minutes and 40 seconds (a new record).  Several Italians followed and then more cheers for Lithuania’s Rasa Drazdaukaite who won the women’s race in 2:31:6.

We took a leisurely car-free stroll down towards Syntagma Square, past the Presidential Palace where we stood and watched two gorgeous 6ft (something) guards perform their traditional march, throwing up their rifle-bayonets and clicking their clogs –  The best part of the day was being able to experience the tranquility of the  city whilst watching all ages, shapes and sizes complete the course in glorious sunshine.  Greece may be experiencing some issues but they sure know how to give their visitors that good feeling factor!

and another of Sara’s highlights to leave you with… 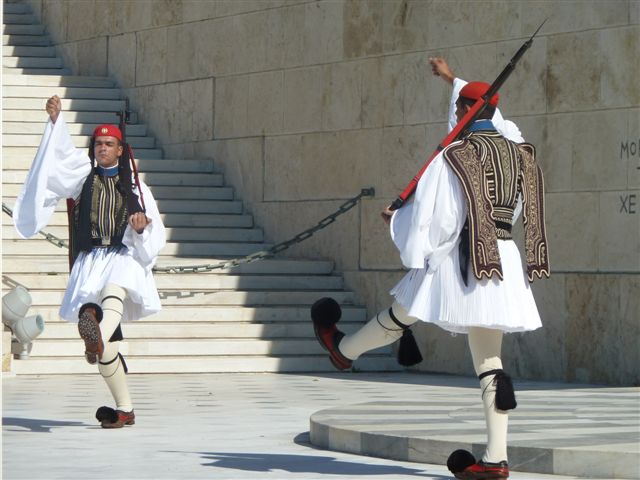 If anyone wants to guest blog something interesting, please get in touch with us via the Five Star Greece website – www.fivestargreece.com

If anyone would like to get in touch with Sara for 24/7 virtual PA and business assistance – or intrepid reporting, go to http://www.virtually247.co.uk