“You are probably like me and know something or nothing about Greece” is how Joanna Lumley’s new TV series kicks off – so true, yes, but which is it Joanna? Something  or nothing? After that though, it got going and was tremendous fun. I never knew that there is a village in Evia where there are still 40 old villagers who speak Whistle – just like the Clangers for those of you who remember them..

“Weeee eee whooiii ” means “Come here Kyriakos”, “WHoooo Wheeeyeee” means “No, I am over at Pavlos’ having a drink.” Five goats did come though, so they speak Whistle too. The ladies apologised for the mix-up as they shooed the goats away, “It is much harder to whistle now we have false teeth.” I am not joking. 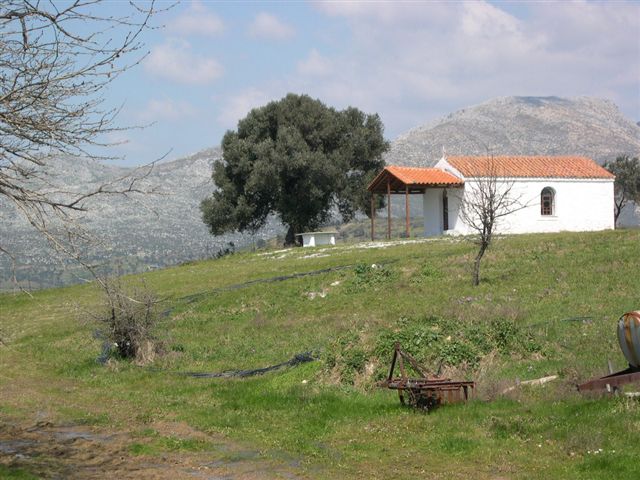 Then Joanna visited the bouzoukia or Bazooki as she called it – where she noted that young Greeks with a financial crisis of mythical proportions were paying 60 euros a pop to throw flowers at the singers on stage, and often spend as much as a new car on a night out. The owner explained that Greeks only live for the moment, as tomorrow they might all go “BOOM”.  As indeed the financial markets think most probable.  And there we have it – the homeland and birthplace of Philosophy. Nice to think that when we go BOOM! it will be while tossing armfuls of flowers around. So civilised.

Very sensibly, Joanna then drove off  to the Mani with a divine young Greek god called Petros as her tour guide, taking in Epidauros, where she met Nana Mouskouri who sang Ave Maria from the G-spot down on the centre of the stage, then on to Olympia and ending up in Delphi in the rain, looking so gorgeous, (Delphi , Petros and Joanna,) that I realised with something like an electric shock, how uniquely gloriously, beautiful Greece is, and how its spirit will continue through any financial crisis – wild, joyful, crazy, generous, unbiddable, crafty and creative. 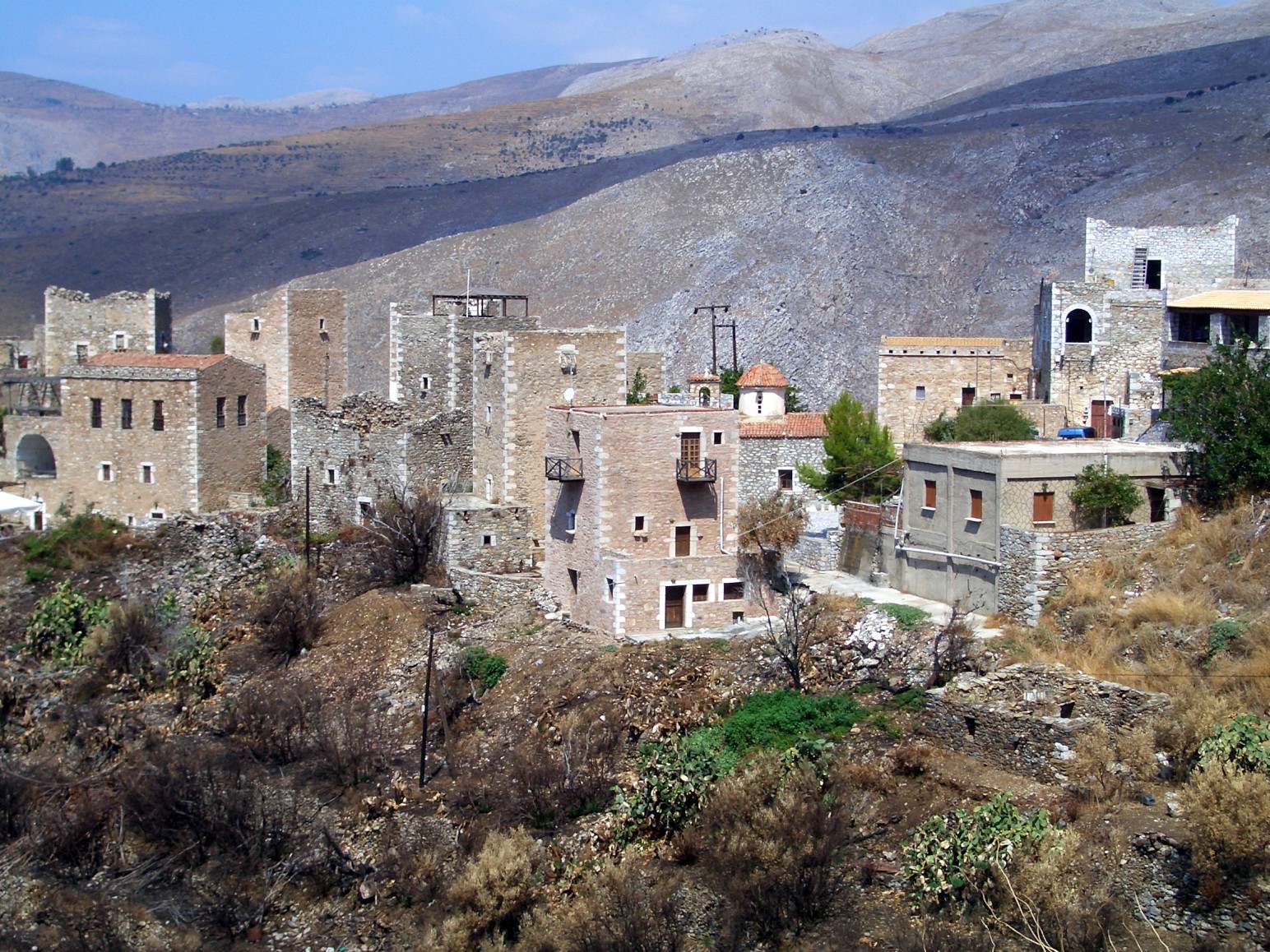 Medieval skyscrapers in the Mani

We don’t have any villas near Delphi, but if the medieval towers, Venetian fortresses and the Gates of Hades call you, we can certainly show you the best places to stay. Divine – even without Petros…. 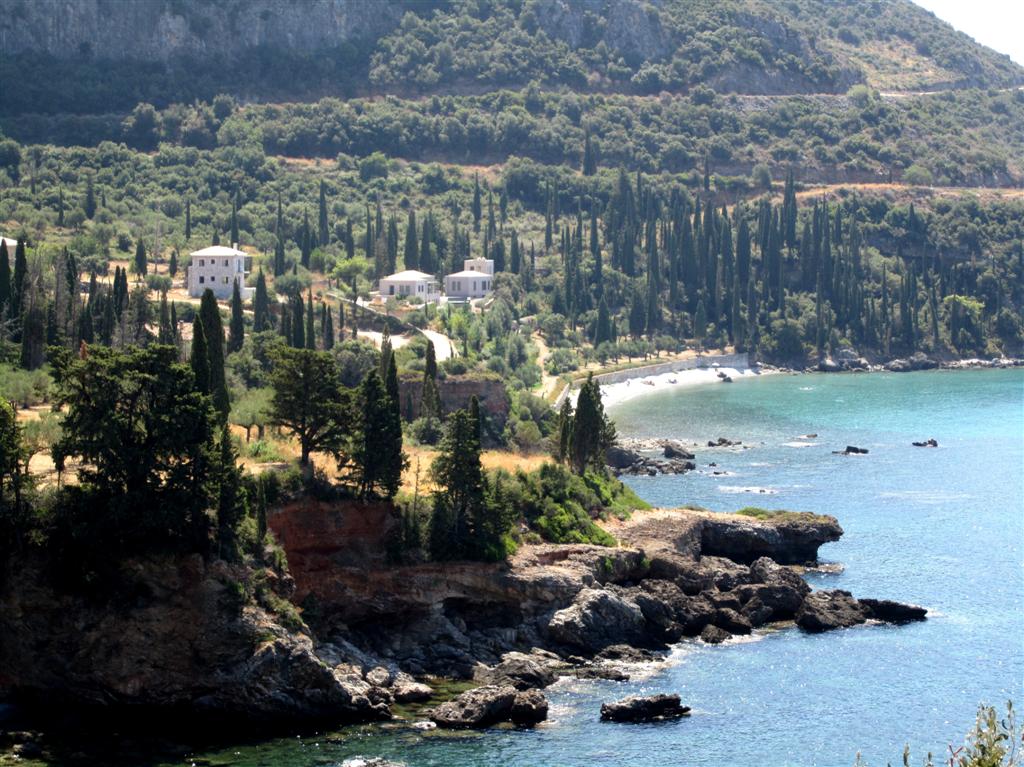 Kardamyli in the Mani