I love crossing over to Koufonisia from Naxos. Forget the hydrofoil and the Superfast – call Captain Costas Prassinos to sail over from Koufonisia to pick you up in his Kaiki. Koufonisiotes were famous for having being brave and insouciant pirates (until probably not that long ago…) and Costas has the hawk nose, bright eyes and clear, open face of all the islanders. There is even folk song written about his mastery of the sea in times of high wind. Erect and handsome (and  an incorrigible flirt)  even at 70, he is the St Peter who gives you your entree to Koufonisia.  Very unlike St Peter, his progeny seem to run the island, so don’t fall out with him. 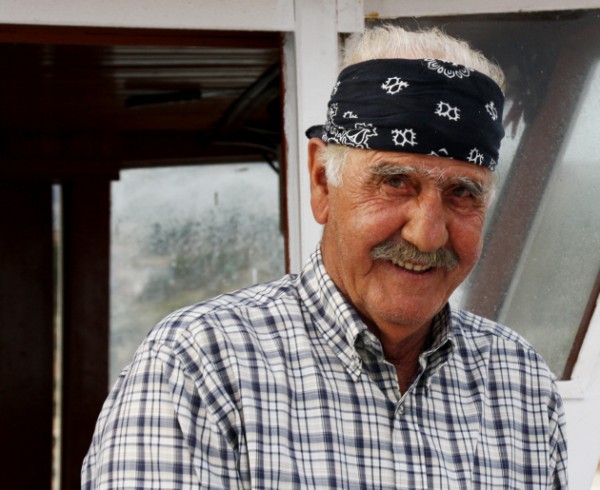 In Stendhal style, the island’s main families are called  Kokkinos, (Red,) Mavros,  (Black) and  Prassinos (Green). When they intermarry, as they frequently do on an island with only 300 inhabitants, the wives keep their father’s name and are called Mrs Green Red, or Mrs Red and Black. There is one other family called Avgerinos, which means dawn star, and  a Miss Green, whose first name is Stella,  married into it, so she is now called Stella Green Dawn Star.This gives you a feel for Koufonisia – 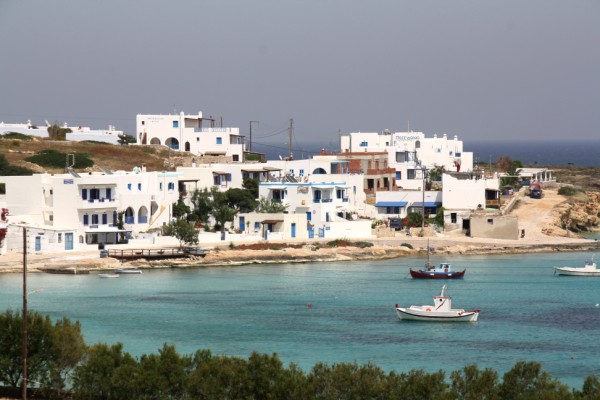 There are two main tourist itineraries here;  you can bicycle/walk to the lagoon of Pori,  where our villa Koufonisia 2P is, or you can bicycle or walk back, Or both. (That makes three activities doesn’t it.)  If really pressed, Captain Costa will take you in the Kaiki to Kato Koufonisi, the uninhabited little island  a few hundred metres away for a swim. Life slows right down, you sunbathe, eat, sleep, swim in the most astounding blue water, jump off the fox coloured rocks into azure pools, sleep, eat and gossip with Mrs Green and Black  in her restaurant about her Red relatives as she prepares stuffed melanzanes and plonks a little thimble sized glass of “mastiha” next to you. 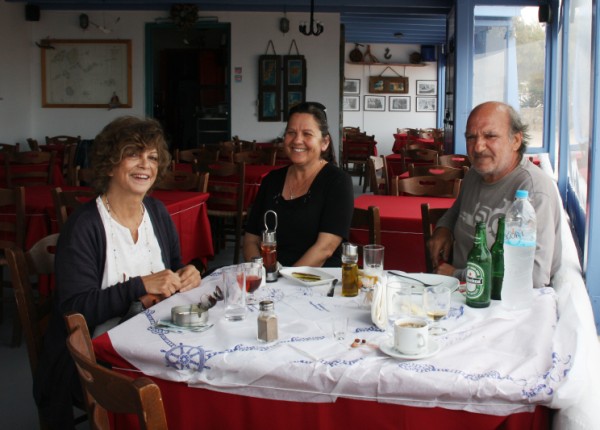 By the end of the day, you will understand why this tiny island in summer gets filled to the brim with Italians, who know that they have found the secret to life. 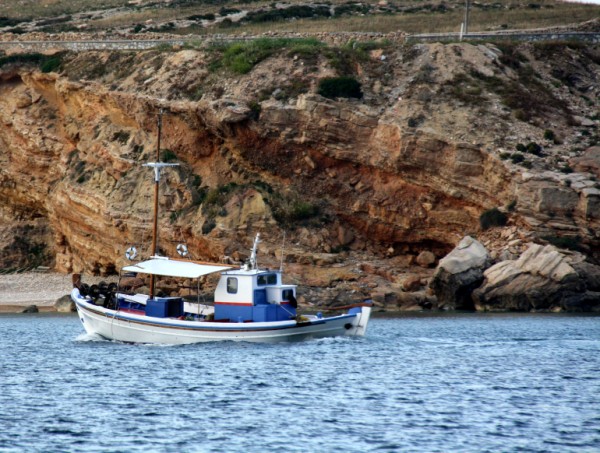 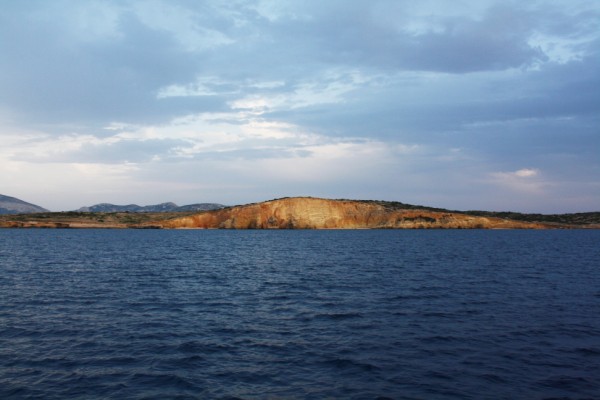