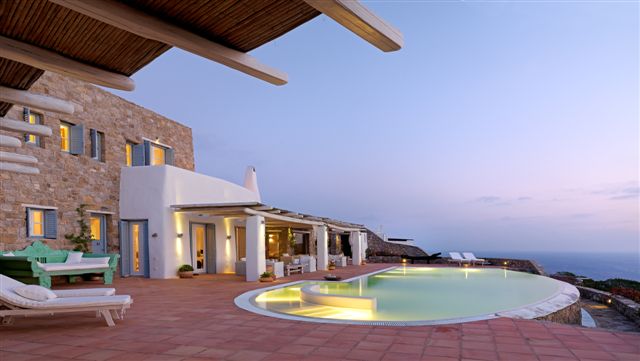 Feeling in need of a little Japanese-ness, I dropped by Nammos at Psarou beach to clear my head, but the Saturday party mood had already started with throbbing music, bodies crushed like packed walruses on the beach, and people dancing between the tables, so I drove off to Lia beach where you can still hear waves rippling on the shore, and La Luna taverna plays soft, chilled music to the few souls trying to get away from it all. 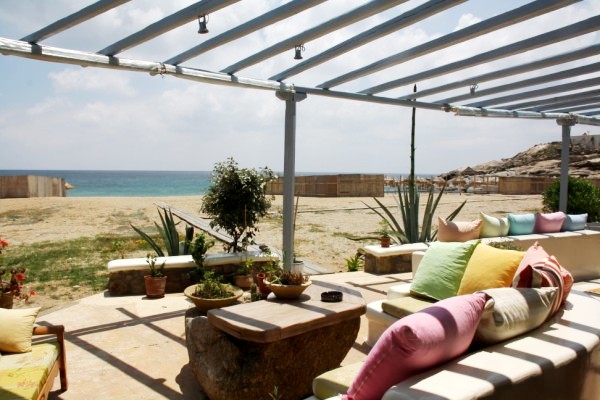 It also has the huge advantage of not having the sunset. Sunsets are all pretty well much of a muchness – I infinitely prefer to look east to where the light fades through turquoise, lavender, opal, and dove grey before a star comes out.

Just above Lia beach, Villa Mykonos 2AK and its lovely owner are putting me up for a couple of nights. The house has a warm and peaceful vibe, open views over the sea and sky, and it smells of freshly-washed linen dried in the sun, which has to be one of the world’s great smells. It is above Lia beach and where I would choose to stay if I were just with my family. The owner cooks divinely and has that rare thing – sincere and loving hospitality that has nothing to do with money and everything to do with a sweet heart. I know that any clients we send here will be cocooned and coddled to hearts’ content. 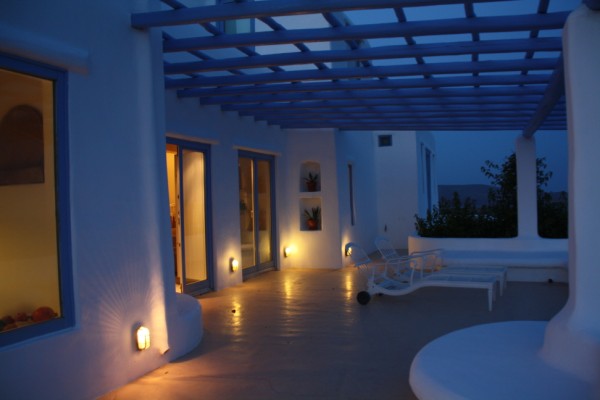 Leave a Reply to Nancy