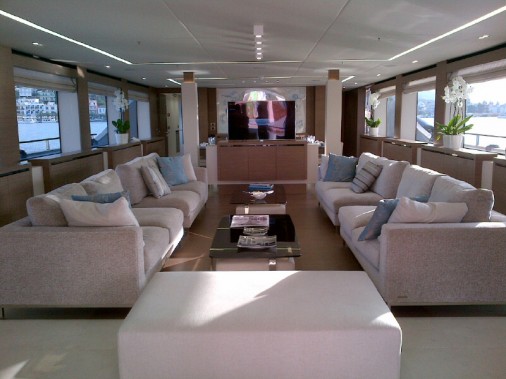 So  this year’s Poros Yacht show, which  the international yacht brokers hit for three days on their way from the show in Genoa to the Gulet show in Marmaris, happened to fall on Greek Easter. This meant that many of the yachts that usually show here were out on charter or lying at anchor outside some peaceful beach while their  owners  slept off the after effects of too much Paschal lamb and wine. The silver lining  (there is always one in my world,) is that I had time to look at smaller vessels that can be tacked on to villas as day boats or taken by honeymooners, and spend more time on the stars like the schooner Iraklis with its lovely lines and gleaming wood, the slick  Duke and the  chic Ouranos. Tasting the chef’s mezze, finding out from Captains where their favorite bays and beaches are,  hearing why the engineer left,  and most importantly  gossiping with other brokers – invaluable information gets passed around along with the jugs  of mojitos as you steal 10 minutes to sit on a shady deck and test the attentiveness of the stewards… 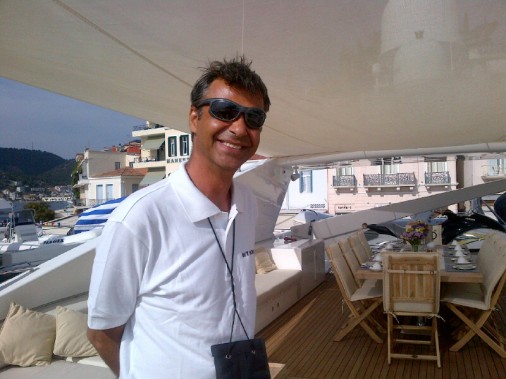 One of my favorite chefs won the coveted Chef’s competition;  his canapes of broad beans in honey, brandy and cinnamon were a fine variant on marrons glaces, and the little shrimp and seaweed mezze was exquisite.

Evenings are spent on board yachts at drink parties, and then, in case that sounds like too much  fun, followed by sitting at the computer till 3.00 dealing with  the real world such as why a  Fiat car rental costs 15 euros per day more than the client was originally quoted, and how to get emergency funds to my daughter who has had not one but two wallets stolen in one day.   Very Ying and Yang. 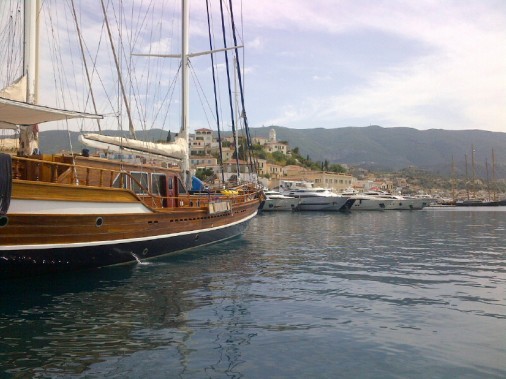 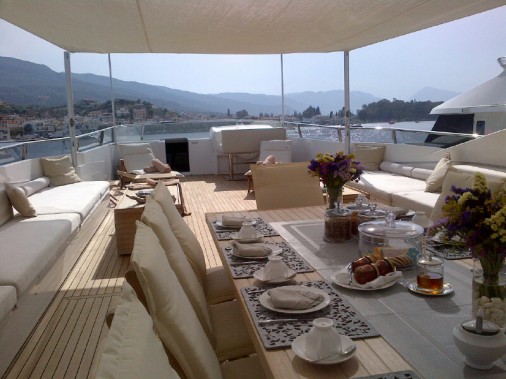 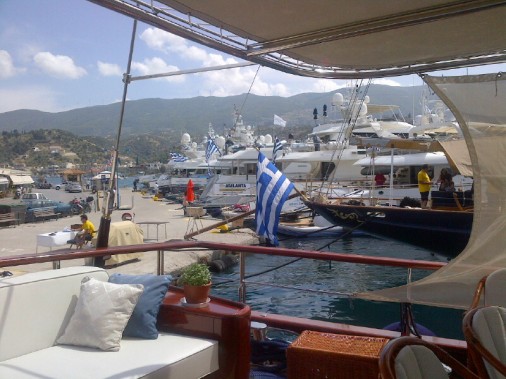 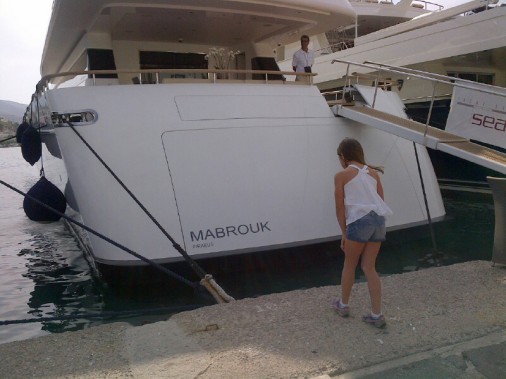 One day I will have time to explore Poros which is a totally charming island, neo- classical houses line a lagoon-like bay, church towers peep out  from among red tiled roofs and plane trees, while little shops sell this years irresistible Greek island  schmattes and chachkes  between sleeping puppies, prowling  cats,  footballing boys and little girls  with plastic flowers in their hair. The Hotel Saron is the little waterfront family place where I stay. Alexander, the handsome young son of the owner,  who runs it,  could give any of the stewards on board any of the superyachts a run for their money when it comes to looking after guests.  One of the broker guests arranged for him to have a tour of the Iraklis. This morning he told us how proud it made him feel that Greek craftsmen could still produce a work of art like that.  “We can still do things right” he said.  He certainly can anyway. 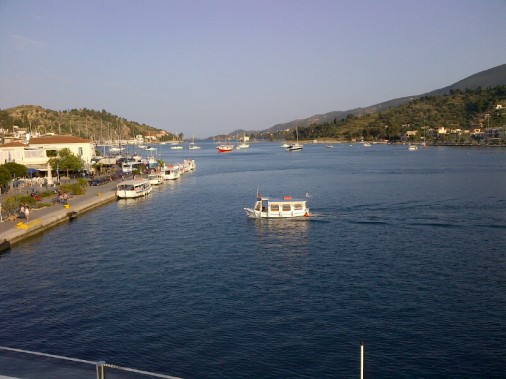