Sifnos – the spirit of the Cyclades

Much as I hate turning down helicopter rides, I was a day too late to get a lift to Sifnos with the owner, and ended up on the Aghios Georgios which takes 5 hours from Piraeus, but is delightful – go “Distinguished Class” and you get a private deck with deckchairs and a white piano in the saloon. Scenic stops at Kithnos and Serifos, with sunset arrival at Sifnos.  All for 35 euros and just as nice as a helicopter. 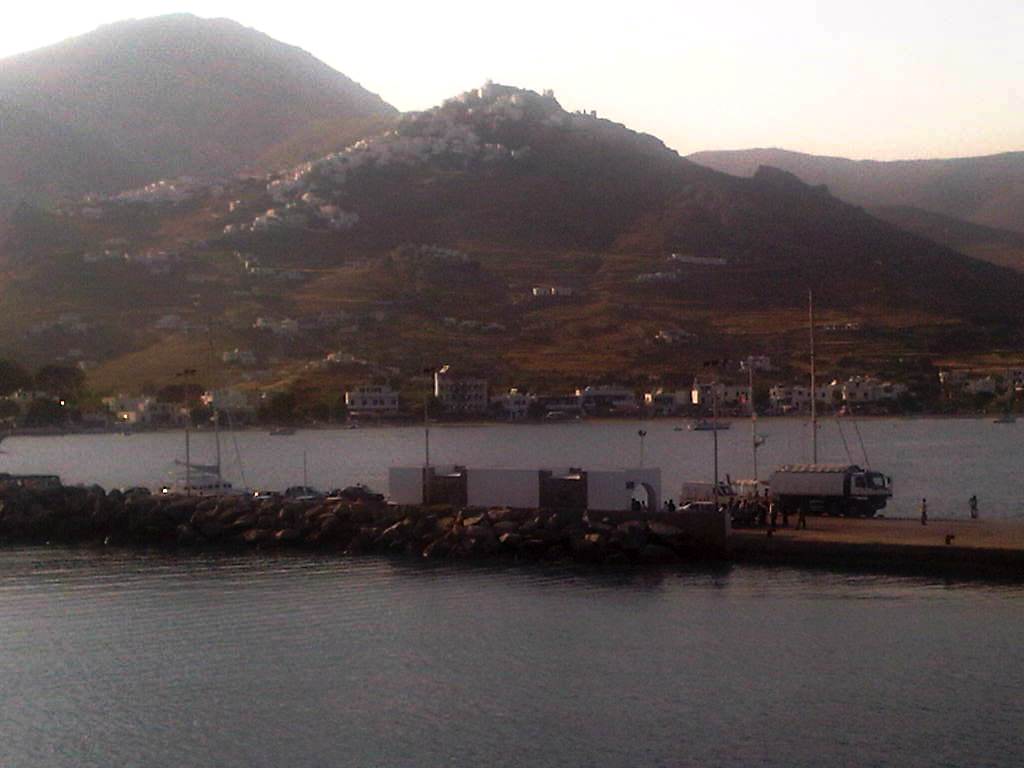 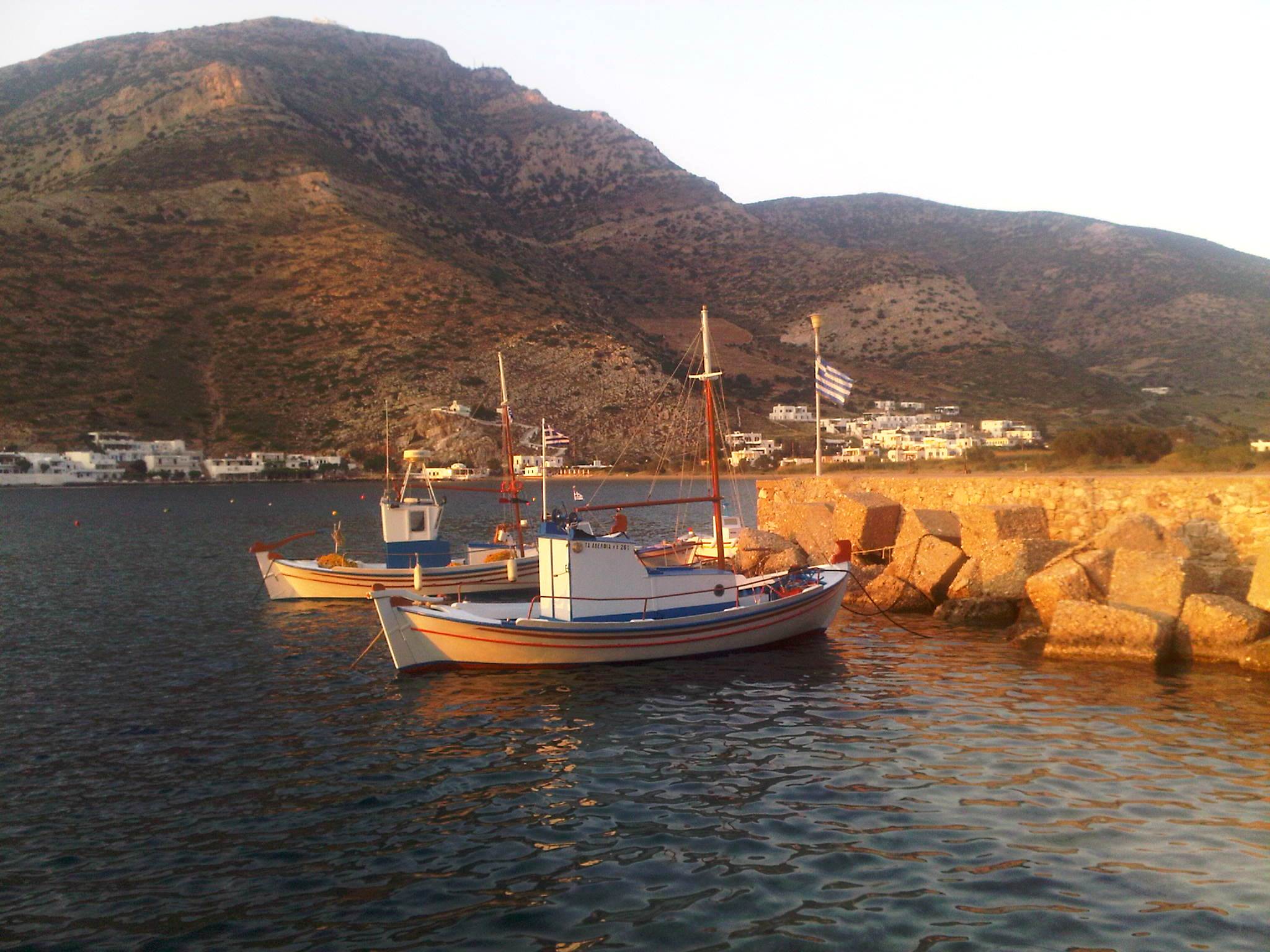 The house I am visiting is on a curve of fine sand lined with truly excellent tavernas – Sifnos is the culinary capital of the  Cyclades, as well as being an island that picks up its litter and carries on traditional crafts  especially wonderfully painted pottery.  The Guide Michelin last  year proclaimed that all good Frenchmen should go to Sifnos and the island has duly filled with them.

Men on donkeys raise hands in greeting as you pass, fishermen mend nets, 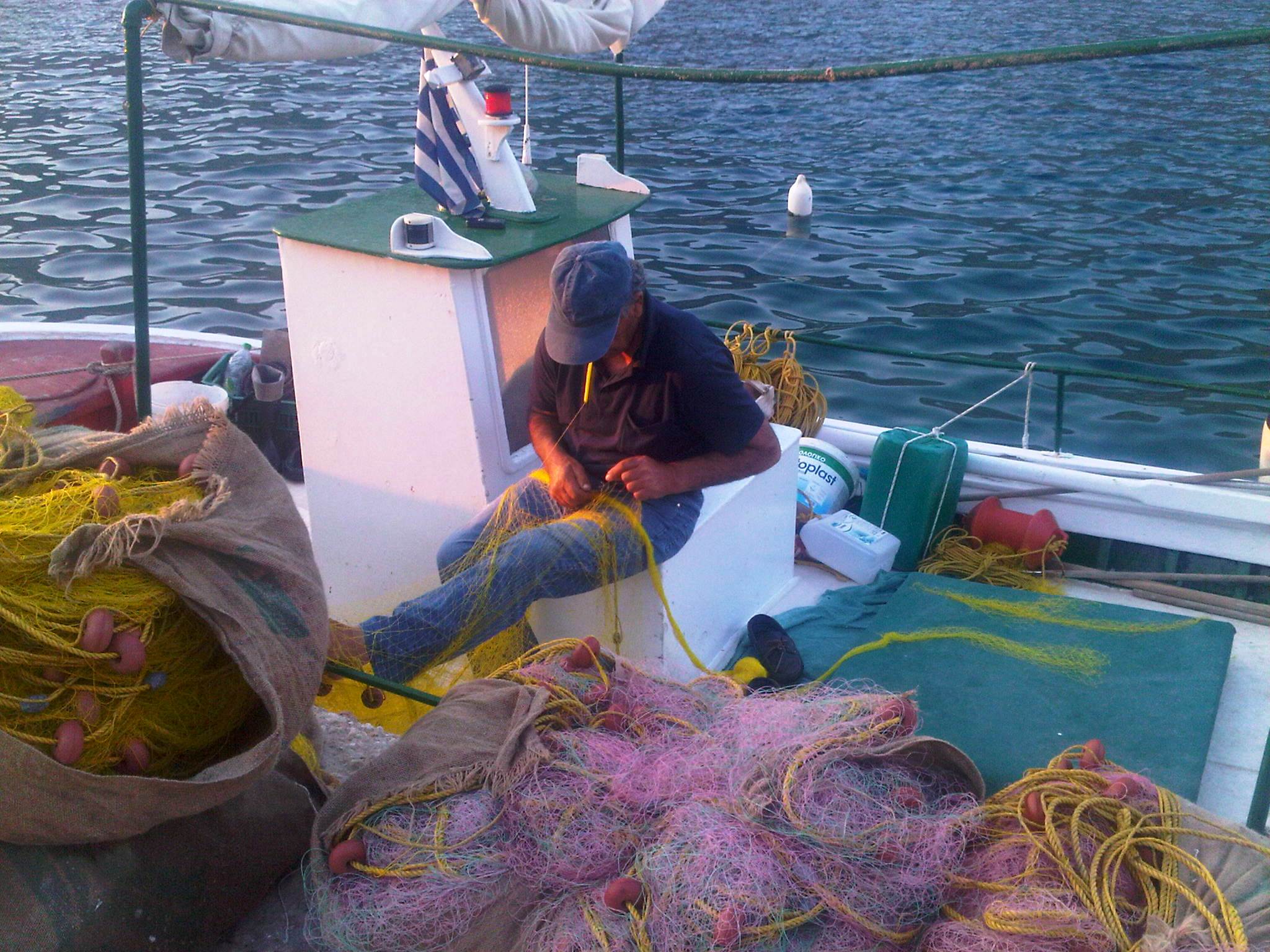 the air smells of thyme and jasmine,  and little  girls holding their grannies’ hands skip along in new pink sandals, while the grannies swing the day’s fresh bread in the other hand. 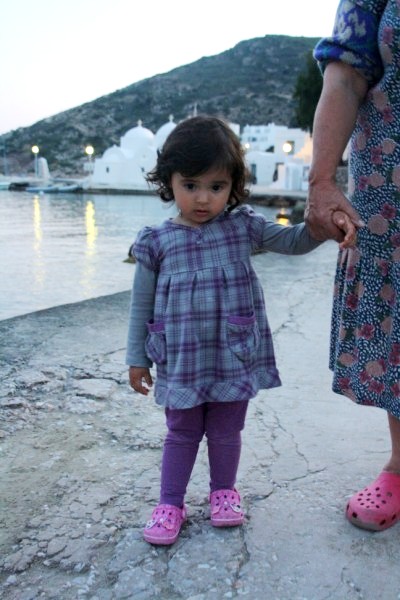 Margarita and her granny in their matching pink sandals 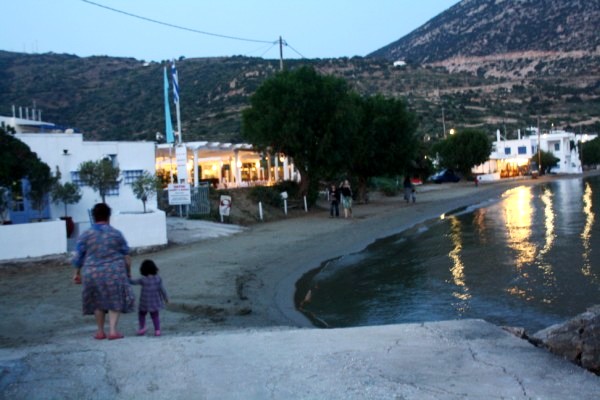 Margarita and her granny on their way home

I have to admit that the heart does sort of leap at being back on a real Greek Island, – Fun as it is, and Mykonos does have its charms,  this is really what it is all about.  This and the clam spaghetti I just ate in “The Big Blue” taverna on the beach, 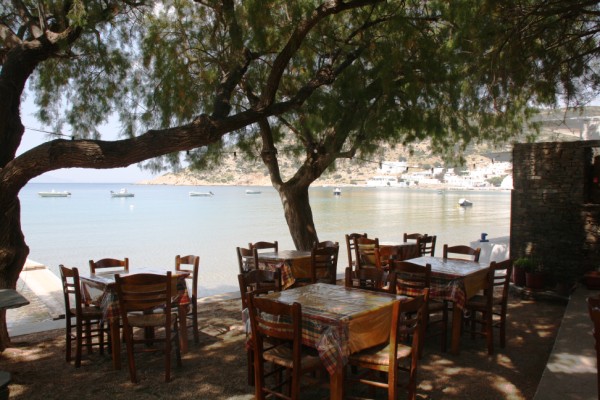 in a bay filled with lavender coloured water and a fading lavender coloured sky, the strings of taverna lights smearing reflections in the sea, and a dog called Orestes paddling in the water looking for fish while his owner explained Greek politics to a rather bemused looking Dutch tourist over a flagon of wine. 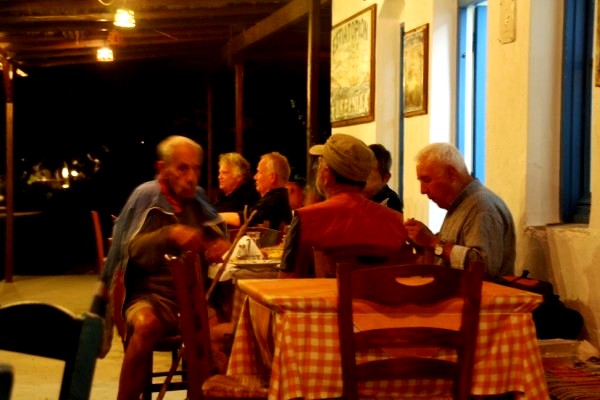 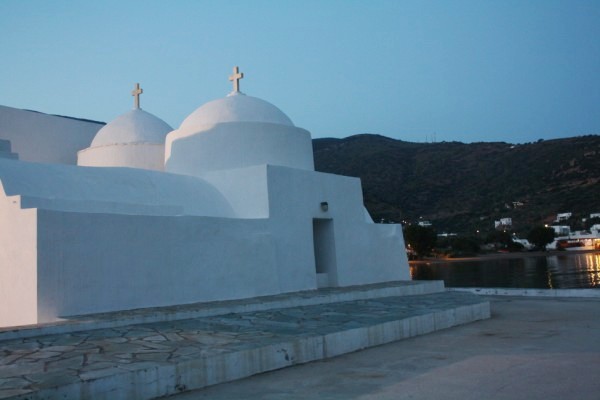 When I was last here, it was for the launch of a new fast boat service that was going to link Sifnos with the Eastern Cyclades. The boat had been in service doing the English Channel crossing, but all whiffs of Burger King and Duty Free had been scrubbed away. On the little dock of Kamares , a row of priests, the village brass band, the municipal dancing troupe and children waving flags and flowers had assembled. As we approached, they swung into action, swinging censors, chanting,  blowing, singing, dancing and waving.  The rookie Captain had taken the curve too tight though, and nearly collided, so engines in full thrust reverse, we pulled away from the dock without landing. After some manoeuvring, we tried again;  the priests sang, the brass band blew, the dancing girls danced and the children waved, but no good. It took a further two goes before we docked, by which time the priests were glaring at the captain, the brass band were red in the face, the dancing girls looked a little flushed and the children had long since dispersed to buy ice-creams.

The Aghios Georgios has been doing this though for years and turns as deftly as a London Taxi.  Except that instead of a gabby cabbie, Distinguished Class passengers are served by the beautiful and smiley  Katerina, whom I promised a mention in this blog. 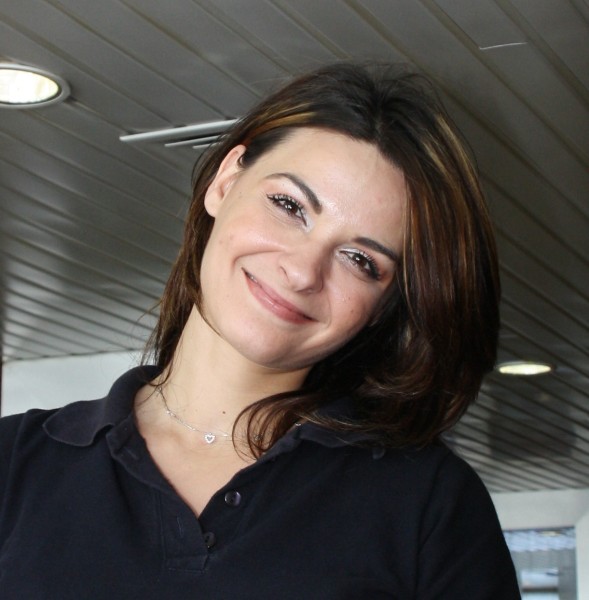 And that I promise is the last of the Greek ferry dispatches. It is planes from now on which have no romance about them at all. 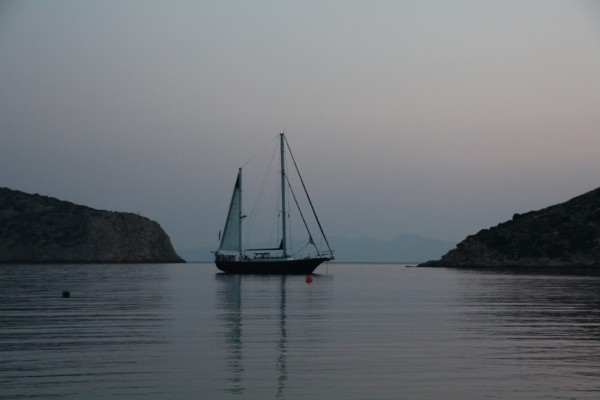