A Cretan said all Cretans are Lyres…

Well, William Dalrymple, font of the most beautiful travel writing in the English language today, in spite of being in full possession of all brain cells, very sensibly ignored this kind of Cretan Liar, and went off to Crete on the track of a different kind of liar – the Cretan Lyre. We and a very generous owner, put him up in our very beautiful villa on the shores of the Gulf of Mirabello, from where he dragged his protesting wife and children away from the sybaritic delights of five star cuisine, private swimming platform and pool with cool drinks on the terrace, to trudge around in search of the Muse…

Although I am an Ionian girl and prefer the sweet sound of our mandolins and serenatas, the article captures the utter magic of Crete, so do read it!

For those who are more like William’s wife and children, here are some pictures of the villa.  We are sure that the Muse can also be  found here –  After all, a girl has to have a break from hanging out with all those Cretan liars…. 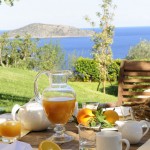 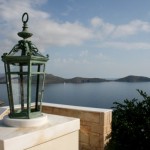 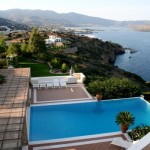