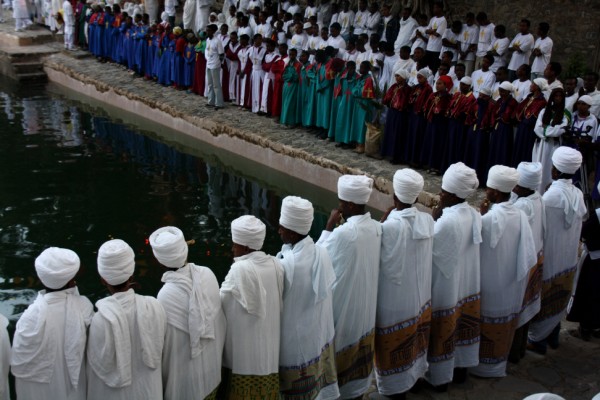 “Kyrie Eleison, Kyrie Eleison” – that ancient Greek prayer is ringing out above an 18th century marble pool where 60,000 white robed Ethiopians have gathered, glimmering like ghosts in the cold pre-dawn, to celebrate the Epiphany in the old citadel of Gondar. I have been researching Greek influence in the Horn of Africa for you – well alright, I was just on holiday actually – but was unexpectedly moved to find Orthodox Christianity so profoundly observed and deeply rooted so far from home. An extraordinary experience – contact my fellow Bespoke Travel Club colleagues at Simoon Travel for information on a quite magical trip that anyone with an interest in the exotic, the bizarre and the beautiful should consider making.

The 13th century frescoes in the rock-hewn churches of the Tigray follow some of Byzantium’s best loved iconography and it is a thrill to be able to read those old symbols in such a remote and distant land.
It gives one a feel for what it meant to be part of an old Empire like Byzantium – a citizen of the world. 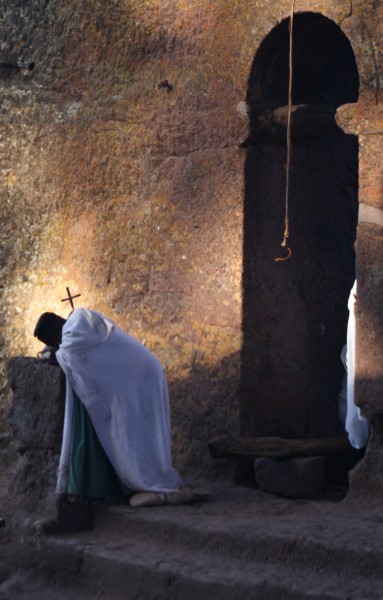 Greece is so much more than small, troublesome, disproportionately noisy country with money problems – its echoes reverberate even now, thousands of miles away in the heart of Africa. 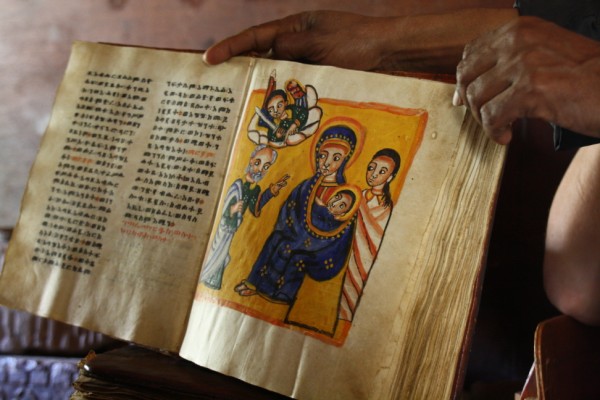 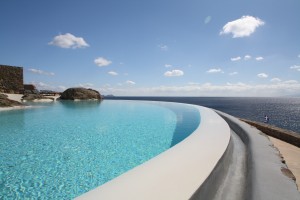 This is a Mykonos pool, NOT an Ethiopian one…..