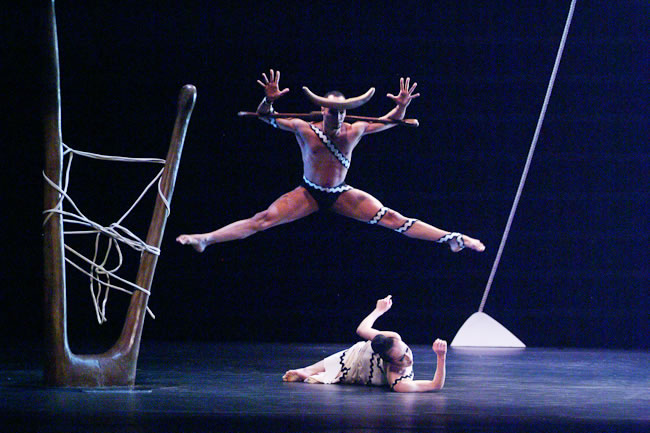 Errand into the Maze

Five Star Greece was proud to join the sponsors who brought Martha Graham to Ithaca, as part of the Return to Ithaca open air festival.

After a party the night before hosted at the grandest villa in Ithaca,  the great day dawned wild and stormy. By nine o’clock in the evening, massive thunderhead clouds were piled up over the mountain opposite, partly obscuring the stars,  “The gods of the wind danced with us,” as the director  said in her introduction,  and the inhabitants of Ithaca, some lucky yachters, a couple of tonnes of Greek shipowners, Athens artists and a contingent from New York’s dance scene were treated to a magical evening, probably unlike any other Martha Graham evening ever before…. Apart from anything else, there were no tickets and the evening was free for anyone who wanted to come.

Small children sat in excited rows dressed in their best and proving a running commentary on the performance “Look, did you see what she did?” “Oh wow, he is getting up again,” “What is her dress made of?”  ” Why are they running around like that with their arms in the air?”  “Stop pulling my pigtails”  I did eventually tell the small  girls behind me to only talk between scenes, but I felt a bit mean. After all, the true spirit of ancient open air theatre was a naive, excited involvement of the audience, with commentary, sighs, laughs, cries and boos – I felt Martha Graham’s shade  at my shoulder saying “Shame on you,  how wonderful to  have small girls in pigtails voluntarily  watching a modern dance programme!”

We were offered sublime dancing,  the thrill of an open air performance, with the wind truly dancing with the dancers, blowing dresses and long hair in dramatic swirls and counterpoint to the movement. For me, the highlight was  the magnificent Errand into the Maze with PeiJu Chien-Pott as the Girl battling the Creature of Fear.

“Tou Chronou”, said the director in specially learned Greek, which means “Till next year!”

Five Star Greece will gladly reach into their pocket again should that be the case. 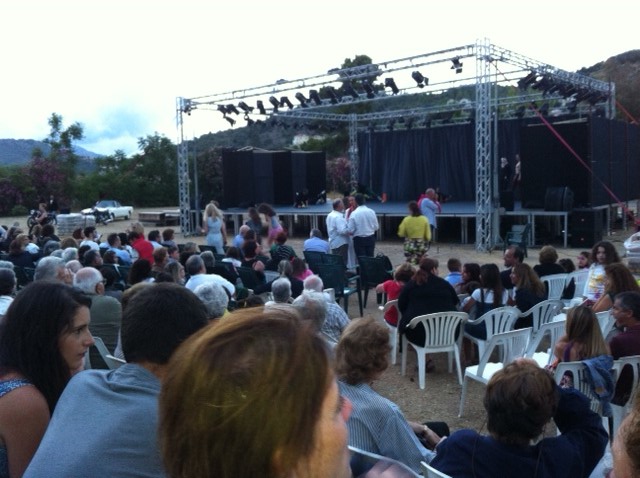 10 minutes to curtain up! 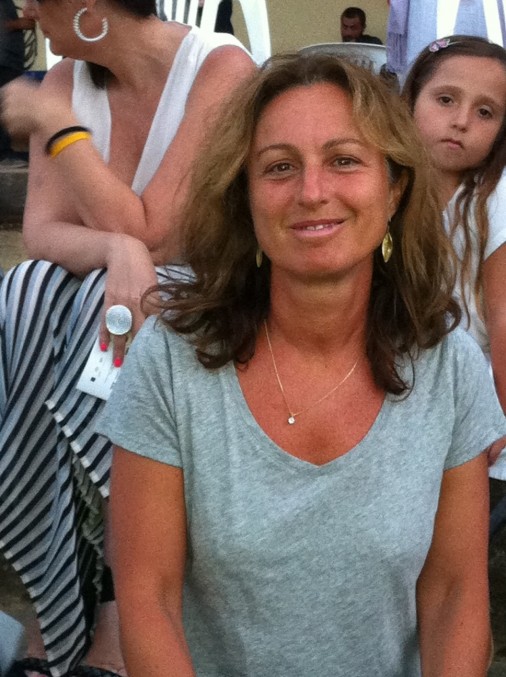 Five Star Greece with a small girl in pigtails behind