Those of a certain age who spend childhood summers on a Greek island, appreciate as no-one else can, the joy of coffee and condensed milk for breakfast. Thick and sweet, you gloop it into your coffee and stir. Infinitely better than any Nespresso or cappuccinos… It may have something to do with the fact that when we were growing up, the remoter islands like Ithaca only had goat’s milk as an alternative, which in coffee, or in anything else other than a baby goat, is truly revolting. I still get a thrill when it appears on the breakfast table. Try it!

Clearing out a bookshelf, I came across a copy of the wonderful George Mikes’ “Eureka – rummaging around in Greece”
A Hungarian humorist, Mikes and his cartoonist Pappas wrote the definitive book on Greece trying out its tentative first steps as a post war European country – He describes a trip he made to Crete in 1960;
On his arrival in a small mountain village, the headman, in his honour, had the fatted goat killed and roasted, the school children were given a half day off to see the “alien” and he was lodged in the guests house with great reverence. Mikes then explained to the villagers how tourism was going to come to Greece and people would come to the village to see the beauties of Greece and the charm of its people, and they would see lots more “aliens”. The headman looked a little glum at this.
“ We are honoured of course, and we see that tourism will be a good thing and we will learn about the world and people will learn about us, but…” and he paused, embarrassed,
“ it is going to cost us a lot of money, all those goats to be killed…”
Mikes explained that he had got it wrong, that tourists would pay to come and pay for the goats to be roasted. The headman’s jaw dropped. “Do you mean to tell me,” he said, mustaches bristling, “Do you mean to tell me, that if I came to your village, I would be asked to pay for a bed and pay for the goat you would kill in my honour??”

Those of us of condensed milk age, still remember Greece like that.

The day is perfectly sunny and calm, the house is ready, the sea is beckoning, tomorrow I leave for Corfu to look at some spectacular new villas, so no more for today from Five Star Greece ! 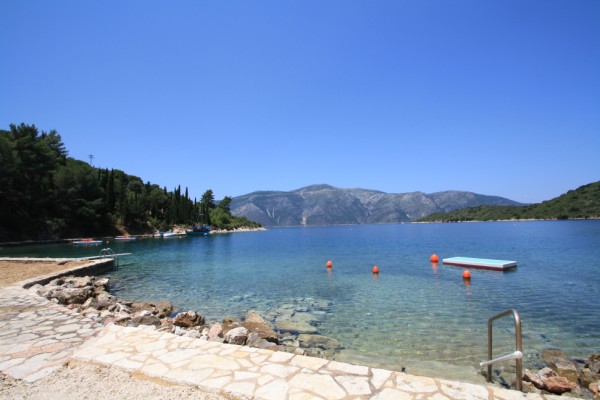