The Ancient Greek origins of Christmas

Did you know that the origin of the Christmas tree in ancient Greece, was not fir or cypress tree, but a branch from a wild olive tree?

According to many references in ancient texts, the wild olive branch, or “Eiresioni”, was decorated with garlands of  red  and white wool.  On it hung the first autumn fruits (figs, walnuts, almonds, chestnuts,  apple and pear).  It also bore small  flasks of oil and honey.

Few know, that the current Christmas carols are associated with the singing of children in antiquity during the “Pyanepsia” – a celebration in ancient Athens. 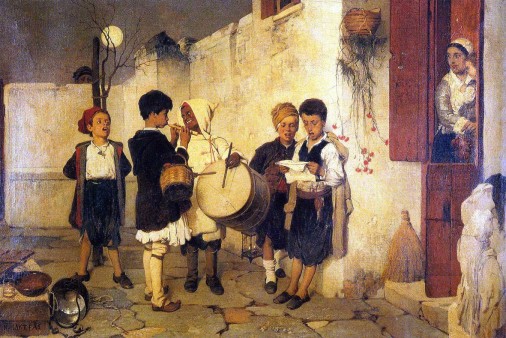 The “Eiresioni” branches wandered the streets of Athens on the seventh day of Pyanepsion month (September 22 – October 20) carried by children, both whose parents lived. They chanted “the calends” (carols) from house to house, taking gratuities from the landlords.  According to Aristophanes, when the children arrived at  their own homes, they hung the Eiresoini above the front door.  There it stayed until the same day of the next year, while the old one was taken away and burned.

During the Byzantine era, this tradition was condemned as pagan and was banned. However, the peoples who came into contact with the Greeks travelling through Europe, were inspired by this custom.  The custom was welcomed and adapted to more indigenous trees, including the fir tree.

Centuries later, the same custom was reintroduced into Greece by the Bavarians who escorted  their Wittelsbach Prince Otto to  become  the first King of Greece, as part of the North European Christmas tradition. With the placement of a Christmas tree in the Royal palace of Nafplio, the transition from the ancient Greek “Iresioni Elia”  to the modern  era was made.  The Greeks, who in their historical memory carried the “Eiresioni” easily adopted the Christmas tree coming from local fir and cypress. 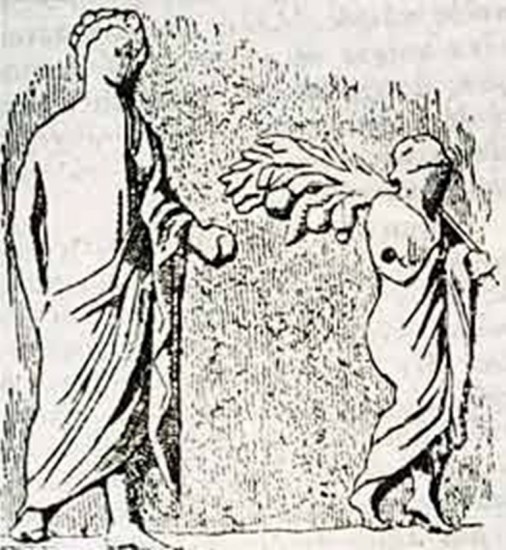 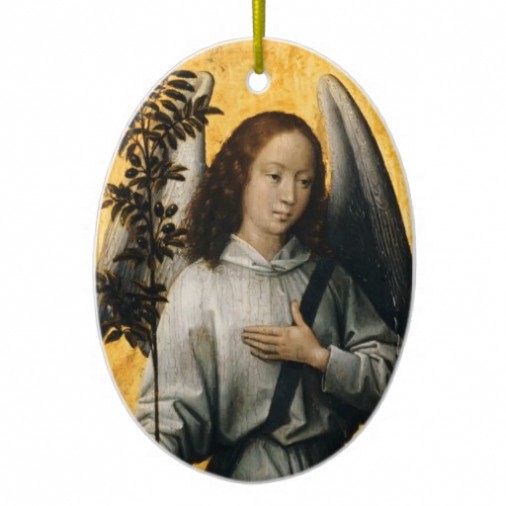 We are indebted to the wonderful Matina Agiorgiti of “The  Athenian Muse” for this blog. She is  a superbly knowledgeable and eclectic guide to the ancient traditions and heritage of Athens, www.athenianmuse.com

A happy  and peaceful Christmas to you all.