Five Star Greece recommends  the Jerusalem of the Aegean.

We thought we would feature Patmos this week as we have taken on two really lovely houses on the beach. The only places to stay until now were beautiful but not frightfully comfortable village houses.  Now we can offer you air conditioning, pools and beaches nearby;  Evi is so pleased about them that she has quite uncharacteristically volunteered to go shopping with the owner of one of them to help tweak the decor – and Evi is possibly the most talented decorator I know, so lucky owner is all I can say. And lucky guest who stays here. 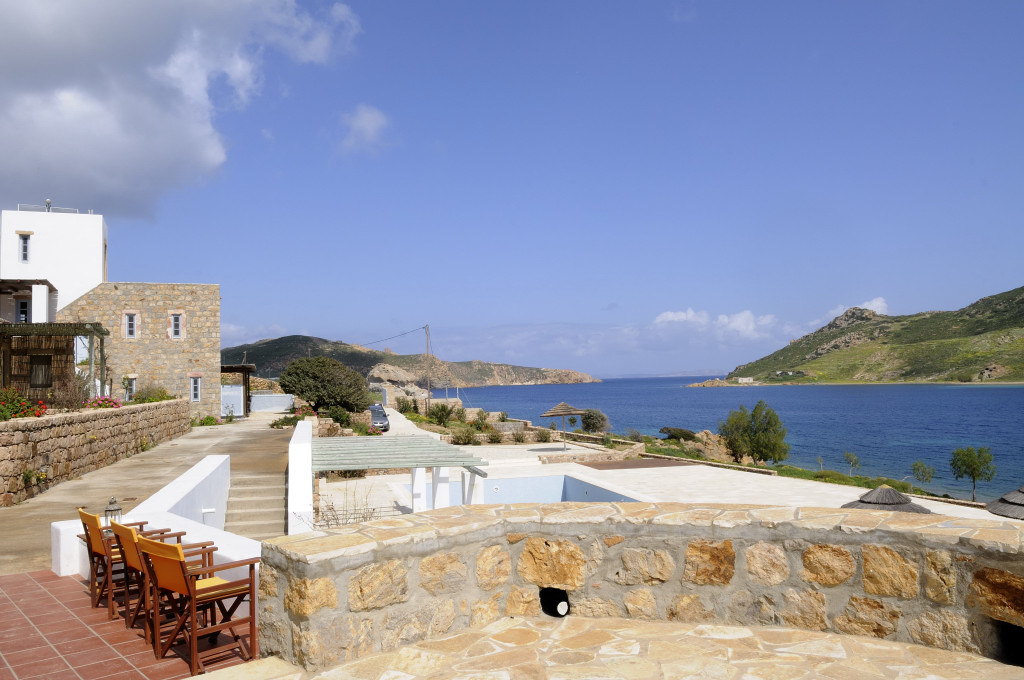 Patmos has been described as “The Jerusalem of the Aegean”. St John the Evangelist was exiled here from 95 to 97 AD, and it was here that he wrote the Revelations. The great monastery of St John now crowns the hill, and the village of Patmos with its lovely stone mansions, narrow lanes and little squares peeping through curtains of bougainvillia spill down the side of the hill, offering breathtaking glimpses of wild mountain opposite or endless blue sea below. The 11th Century monastery’s extraordinary treasury contains Byzantine and post-Byzantine icons, embroideries and other priceless objects, while its library houses parchment documents, patriarchal seals, illuminated manuscripts and rare old books. In the chapel, frescoes can be seen which date to 1210 AD 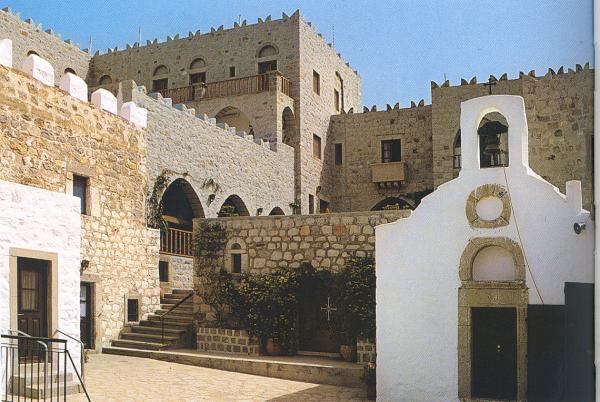 While the village is the spiritual home of those who want to waft around elegantly in white linen and jewelled capri sandals, the languid evenings spent in the bars and restaurants up by the monastery,  need the earthier counterpoint of a day spent on a sandy beach eating small fried fish with your fingers and wiping dribbles of olive oil of your chin with paper napkins (or the back of your hand if no-one is looking.) If you make a real mess of yourself, just run and dive headfirst into the sea.

An indented coastline that enfolds sandy beaches in relatively sheltered conditions, picturesque fleets of fishing boats, gnarly-toed fishermen with nicotine flavoured moustaches, great little ops, fine food, safe but fun clubbing scene for youngsters, “Where is the catch?”  I hear you say, “How can an island be this perfect?”

Well, to be honest,  it is not the easiest island in the world to get to, but that is partly what  attracts the discreeter section of the jetset to set up bijoux homes and yachts here;  Prince Michael of Greece, Stefanos Lazarides, Prince Aly Khan and  a select few from the nobler pages of the  Almanach de Gotha.

All wiping their oily mouths surreptitiously on the back of their hands before diving into the sea….. 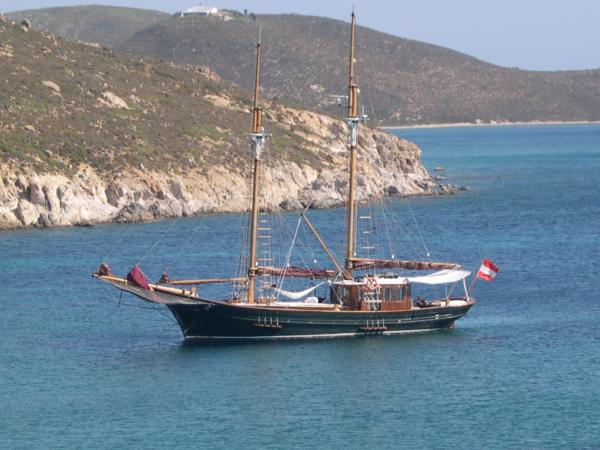