Patrick Leigh Fermor died on June 10th – author of three of my favorite books – A Time of Gifts, describing his journey on foot as a young man from London to Istanbul, though the book stops at the Hungarian border – Roumeli; an exploration through travels in Northern Greece of the sense of Greekness that developed after the fall of Byzantium, and Mani; which deals with the sense of Greekness in the southern Greek heartlands. Lovely books and  a lovely man whose home in the village of Kardamyli  became a sort of pilgrmage destination for his admirers. If you haven’t already read his books, I have added shortcuts to them on this post and thoroughly recommend them. 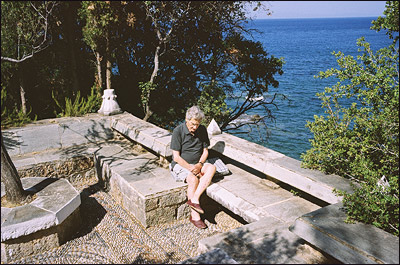