Food for thought on Ithaca… 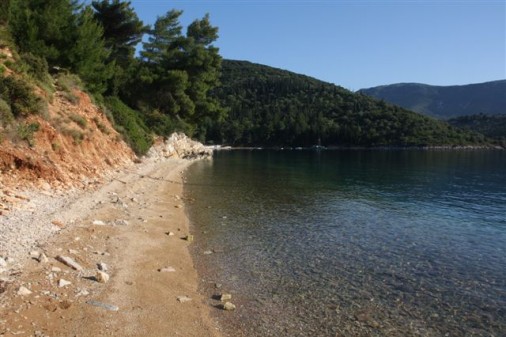 The riches of Ithaca

Ithaca, while being undoubtedly the loveliest island in the Mediterranean, has always had shocking food by Greek standards. Now there is a reason for foodies to make the trip there – Penelope’s is an old waterside taverna in the cute village of Frikes The somewhat corpulent ex -mayor of the island has given up politics – none too soon as some might say – and taken up cooking, helped by a Cretan and an Italian in the kitchen. The result is spectacular – a short menu that changes daily, fresh, original and authentic food – home made sage ravioli, delicate pies, rarities like snail stew, and other seasonal delights. Worth the Odyssey to get there.
On the subject of Odysseys, C.P. Cavafy’s famous poem “Ithaca”,   which deals with themes of journeying, much to the chagrin of Ithacans who have  not read the whole poem, has some verses that are rather down on the island –
“Always keep Ithaca in your mind.
To arrive there is your ultimate goal.
But do not hurry the voyage at all.
It is better to let it last for many years;
and to anchor at the island when you are old,
rich with all you have gained on the way,
not expecting that Ithaca will offer you riches. “
We could now insert one more line at line 4:
“And eat not too deeply of the Lotus when on the island of the Lotofaghoi,
But save some space for the home made kataifi at Penelope’s …”