The Principality of Mykonos – what’s hot, cool and new for 2017 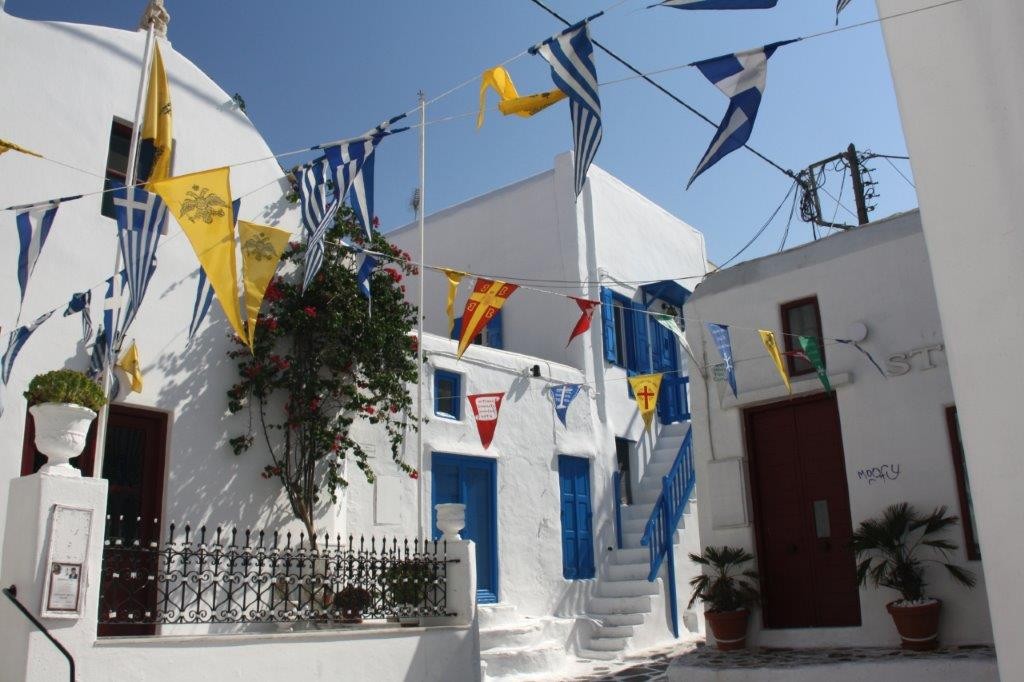 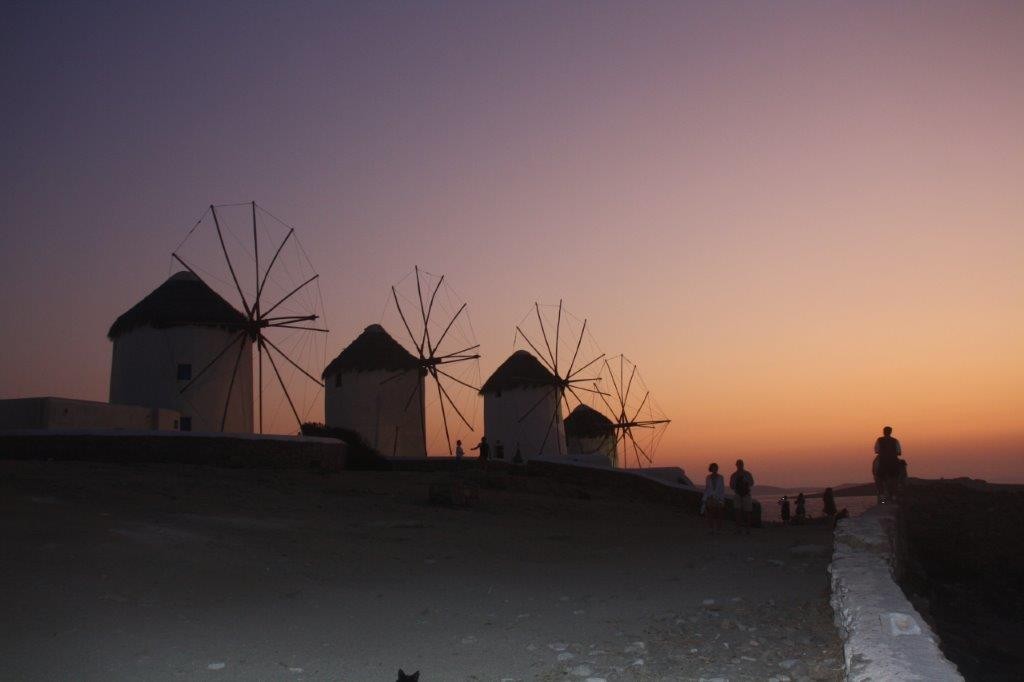 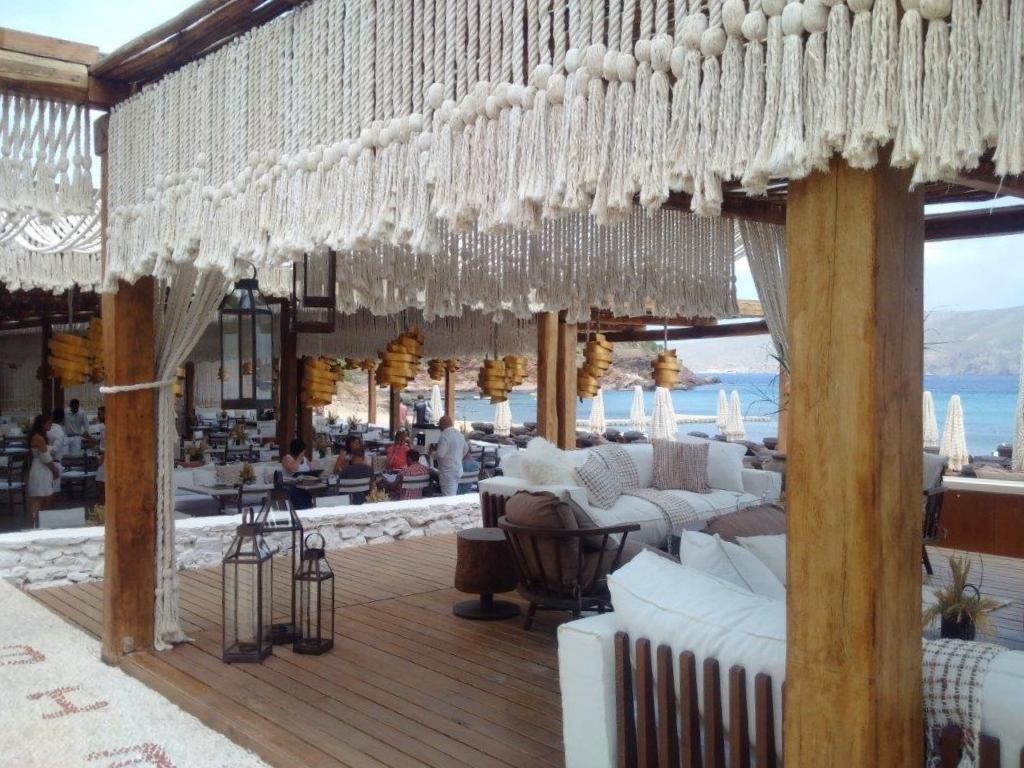 Mykonos continues to deliver every year, it takes huge pride in improving its offerings summer after summer, and the young new mayor of Mykonos  fights the good fight for stray dogs, beach licenses, rubbish collection and traffic control. The poor, bankrupt, state owned airport with its missing letters and rationed loo paper, (ridiculous on an island where deckchairs cost 150 euros for the day,) is going to be taken over and managed by Germans, so that is  sehr gut, and we can look forward to Lalaounis and  Louis Vuitton at the airport and a final possibility to spend a fortune.

Speaking of Lalaounis, Edward the manager is always the first port of call when arriving as he has the complete and totally indiscreet low-down on what is happening. I have also to arrange for him to clasp some stunning gold jewellry that Lalaounis do so well, around the arms and neck of the lovely Anthea Turner who we are hosting in our stunningly beautiful “Skye Villa Mykonos” villa for a glamorous  6 page photo-shoot in Hello magazine, out this week and on-line.

The hottest new opening of 2017 has to be Principoté, the totally gorgeous new beach lounge on Panormos beach. I  remember sitting there as a teenager with a boyfriend looking at the stars, with nothing in sight at all. but now, George… used to work at Nammos and has taken things up  several notches, and  this is a beach lounge, (and a  boutique shop) fit for princes indeed. 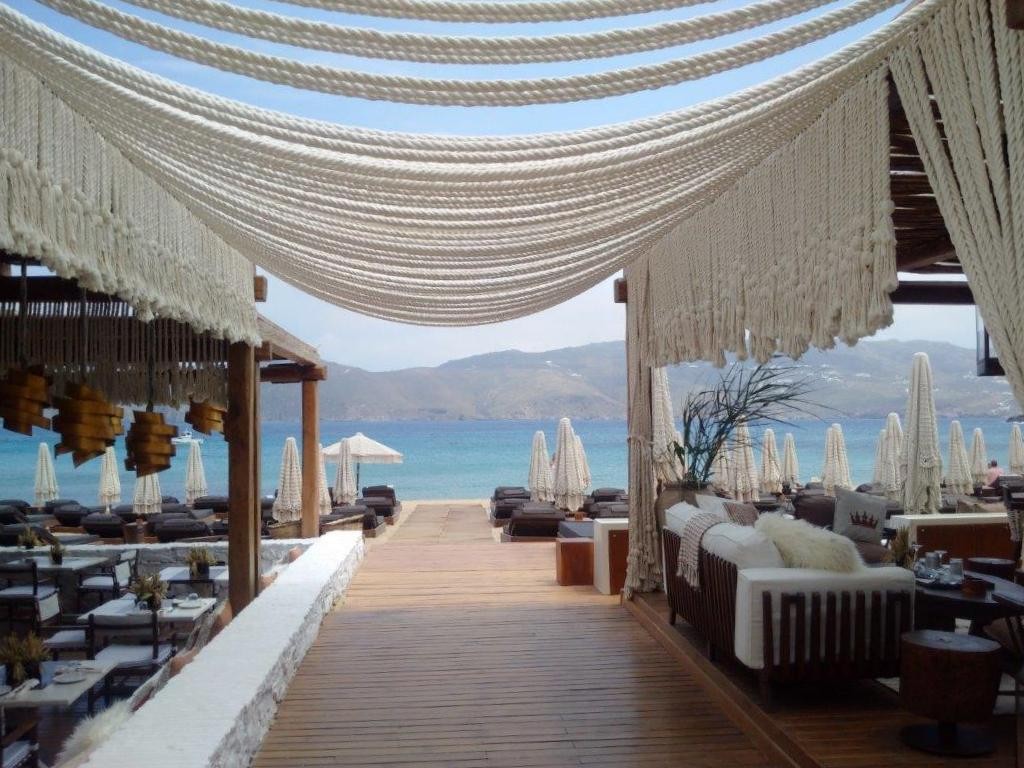 Scorpios has added tables to their lounge areas, which will go for around 4,000 euros each in high season. Book ahead.

The new shopping mall at Nammos is also opening, with Lalaounis and Louis Vuitton popping up there, and new underground parking which is a great idea. Rumour has it that the ridiculousness of Greek planning permissions meant that they had to pretend they were digging a septic tank to get permission. No wonder Myconians murmur about seceding from Greece and becoming a Principality. The T shirts are already on sale.

Liberty is the new breakfast restaurant just outside Town, and Drakoulis is the new boutique butcher which is rapidly becoming a destination in Mykonos in its own right.

Daniele, the Italian chef who is the nerve centre of Mykonos and has the eponymous restaurant outside Ano Mera, is opening DA down in town, and next to him  up in Ano Mera,  Dekoto has opened with extremely high quality Greek food- refreshingly without too many twists, but done with the lightest of hands and surest of taste.

May is the season for opening parties with all the restaurants and  beach lounges throwing spectacular  parties, but the Five Star Greece team was too tired after a day of hard villa-inspecting to go to any of them, so sorry about that, nothing to report.

To complement all this newness, we have got some fabulous new villas that have made it through our strict audit; 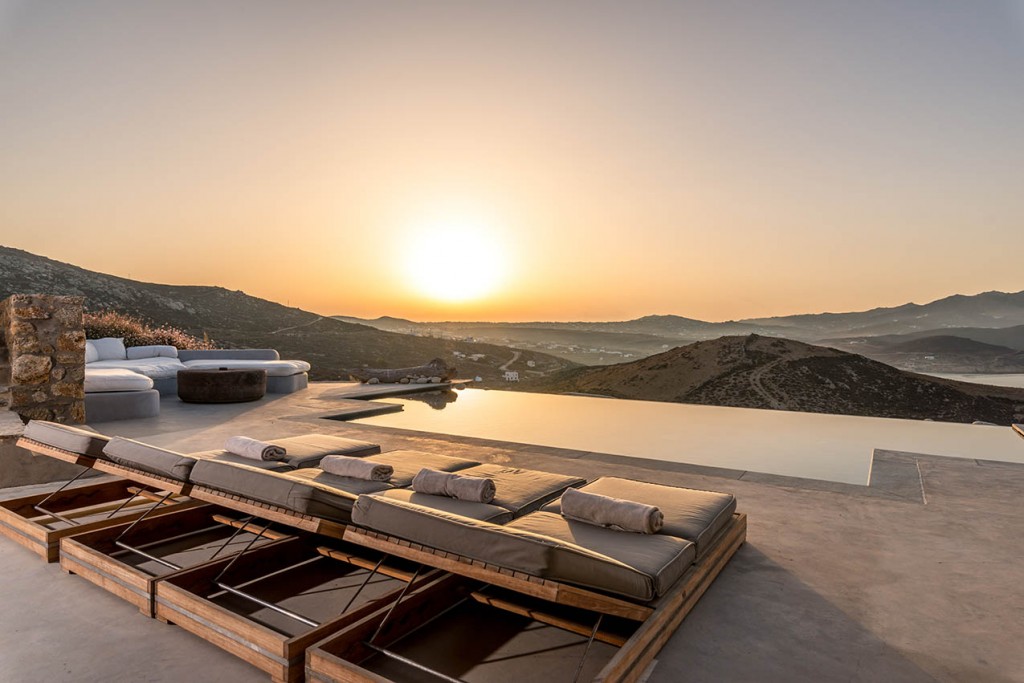 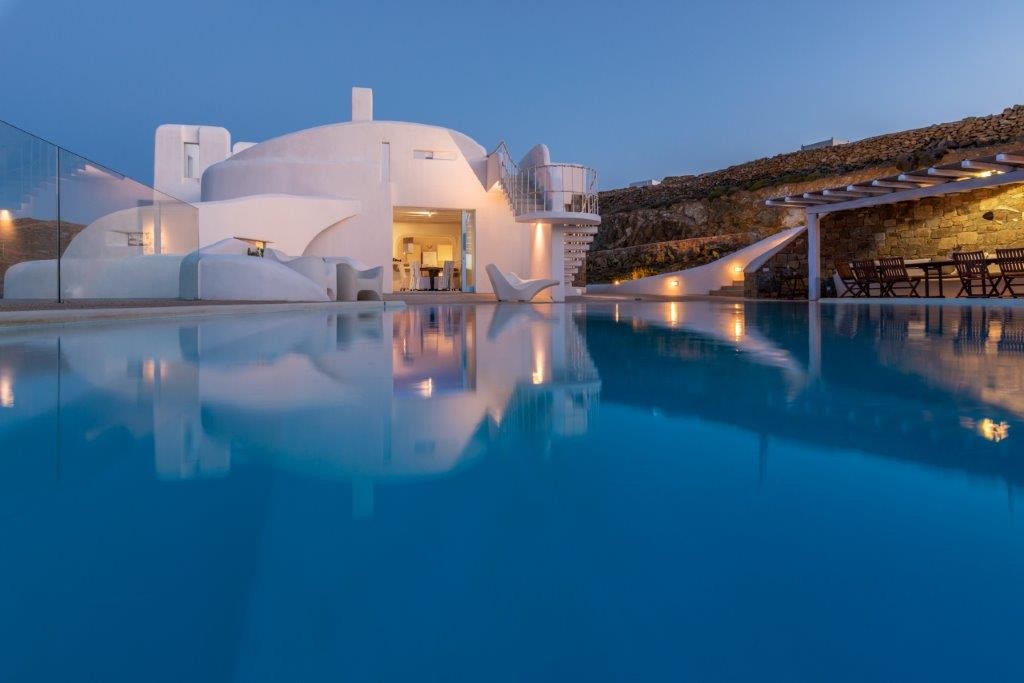 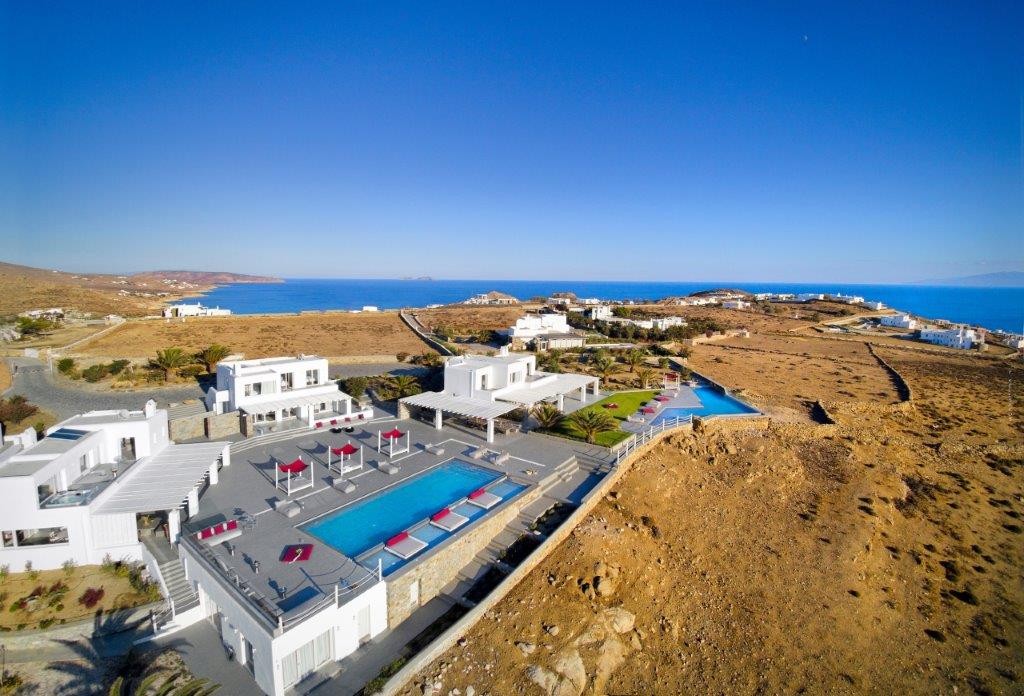 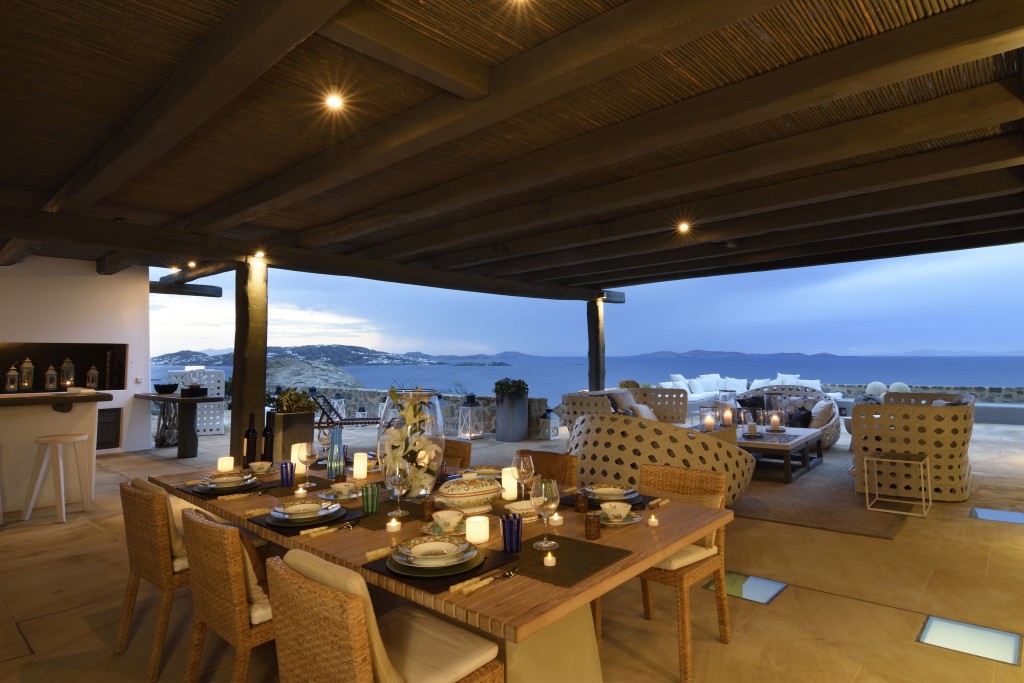 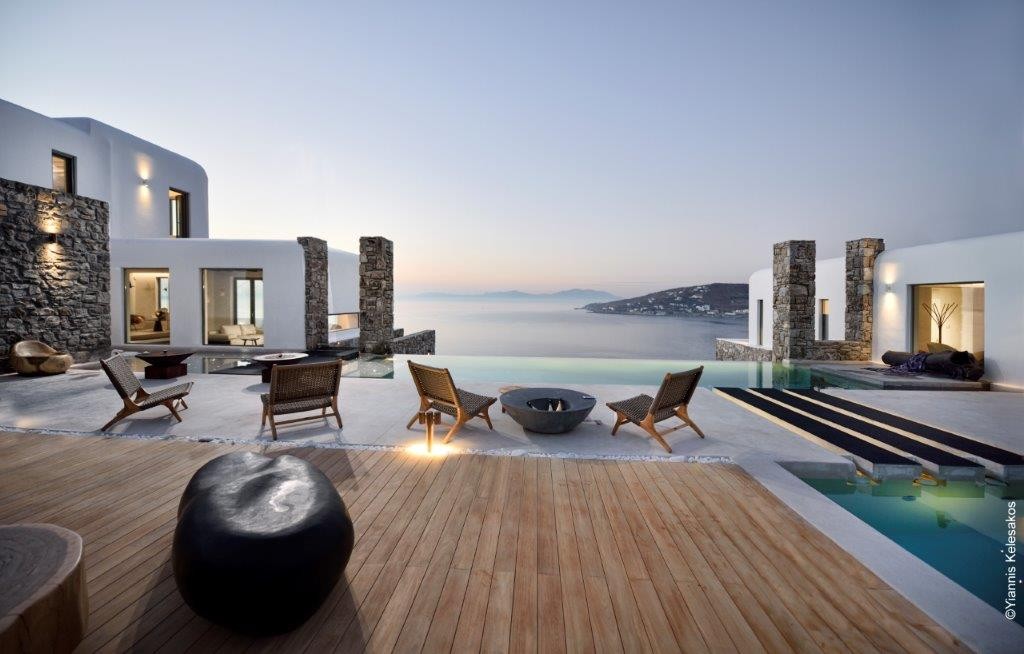 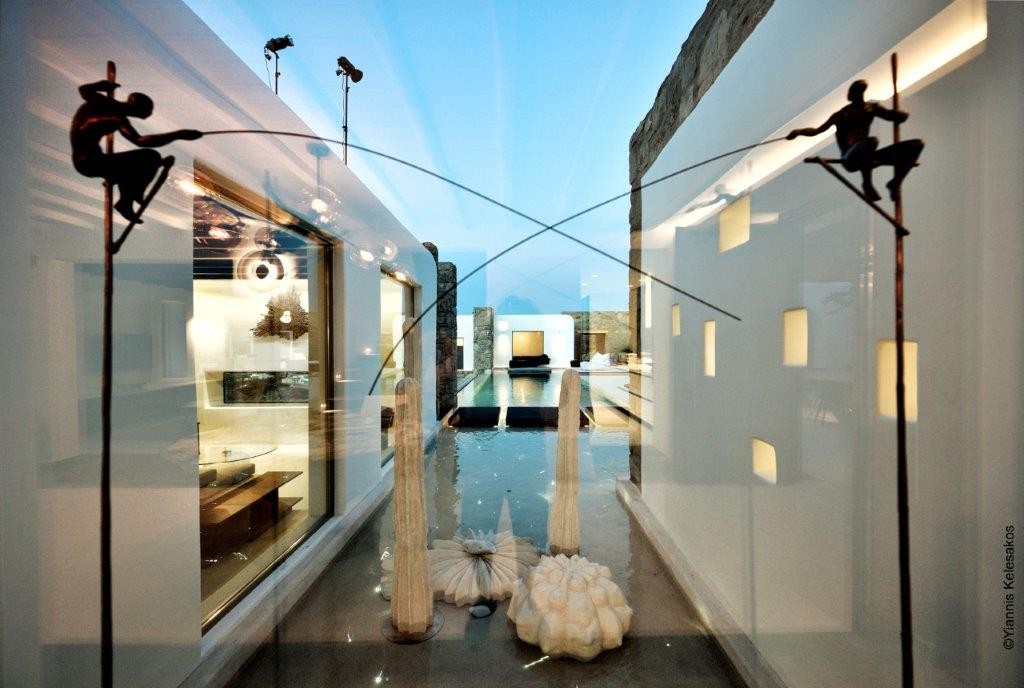 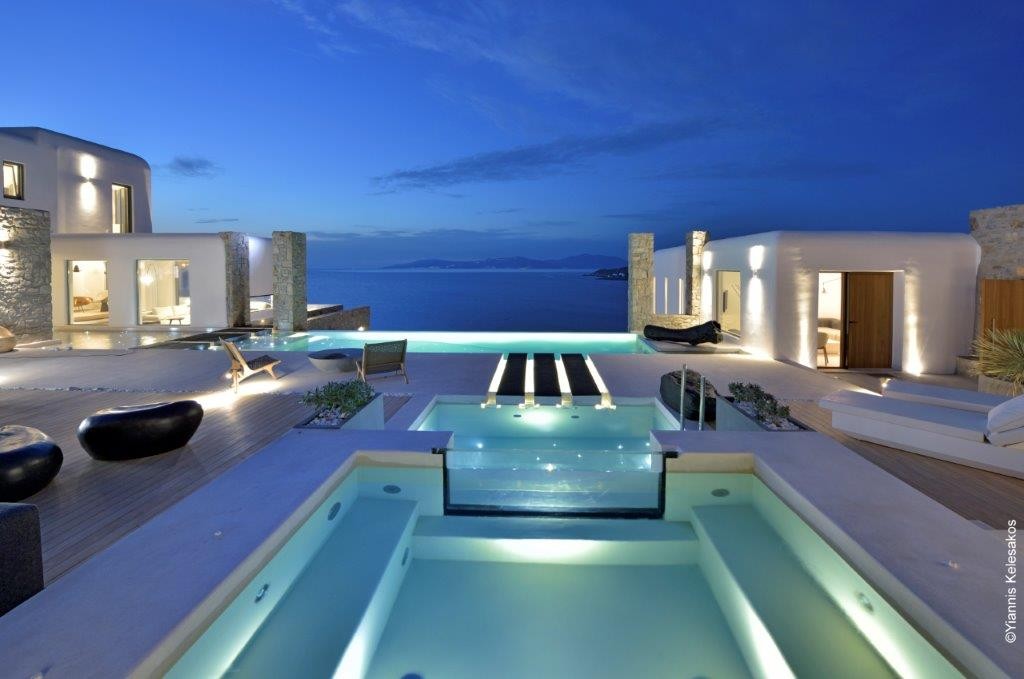 We turn down a couple of properties where the owners have not understood what high-end villas should be like,  so I tell them to  call me when they are half the price and have re-done the bathrooms.

I rather enjoy seeing these disasters as it goes to show that you cannot trust what you see on the internet. Other than with us of course.