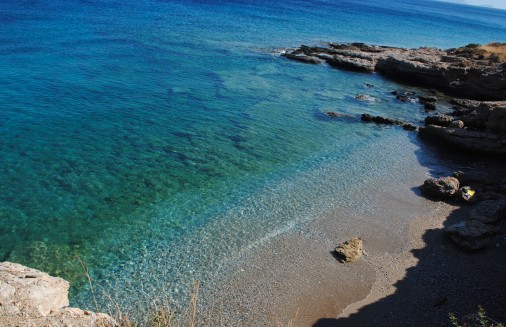 Dimitris has just joined the Five Star Greece team, and to show him what fun it is to work for us, his first job was to write a blog about “What I did in my holidays.” Well, it is back to school time after all… and even if his last school was LSE, some homework is needed to develop basic skills no matter how clever you are.

So here is Dimitris on a weekend on Naxos, one of the more interesting and authentic islands in the Cyclades.

“I have always felt the pull of Naxos; its unconventional wildness, how it floated like Bali Hai across the bay from my home island of Paros, and I had always heard from locals and other Cycladic captains that one of the most beautiful beaches in the Cyclades was Kalados beach on the southeast coast of Naxos, which I had never been to.

Naxos beaches are famously hard to get to –  few and rough roads, but  this is what saves them from commercialisation, so off I set in my car for Kalados.

Driving through the Tragaia, the rich Naxiot  tableland of olive groves spreading in silvery waves, that looks much as it  did in Classical  times, we first had to ascend Mount Zeus, the highest  mountain in the Cyclades,  from where a dozen islands, Sifnos, Mykonos, and a distant shimmer of Santorini are scattered across the shining sea far below. An amazing feeling!  Descending through the groves of ancient olive trees, gnarled with 800 years of age, past small churches of equal antiquity, we finally arrived at  Kalados. The beach was beautiful, long and clean. But what was the most striking of all was that feeling of absolute silence. Total eclipse of sound.  Total peacefulness.

In that isolated part of Naxos which only sheep are lucky enough to enjoy, I walked along the coast, passed by the only white church of the area and, crossing a field of fertile Naxos earth, I understood that Kalados was not one of the nicest beaches. Three small pebble coves were gradually revealing a symphony of turquoise and pebbles.  There on my own, I felt very blessed that day, and stayed, savouring my three little beaches, forgetting about Kalados completely and drinking in what is surely the elixir of life.

Somewhere though, a little restless voice told me that a better hidden beach is somewhere on Naxos yet to be discovered. 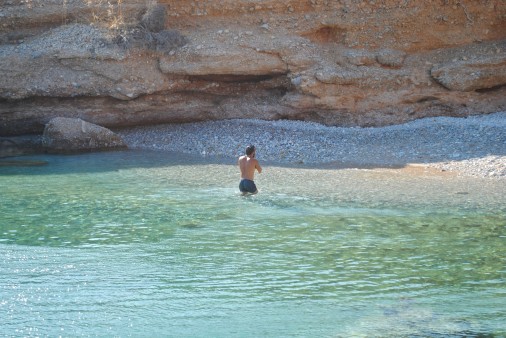 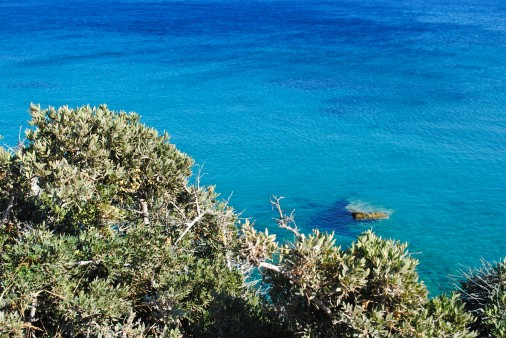 Next time?  Nice try Dimitri,  but  for your next job  I am thinking spreadsheets, while I may do some beach testing, I mean villa inspecting,  myself  next month…