September in the Greek Islands – Kephalonia to Ithaca

The next morning I visited a very pretty property of two houses set in Tuscan-like countryside but with the sea glimmering beyond the cypress trees. Kefalonia really is a beautiful island. Long sandy beaches are gently washed by clear, pale blue water. Mountains dark with pine trees sun themselves in the pure blue air, valleys spread out below and dissolve into the distance, and cypress trees thickly clothe the hillsides. If only the villages had survived the 1953 earthquake that featured in Captain Corelli, the island would be one of the wonders of the Mediterranean.

At the quay in Sami, I crossed paths with guests departing from one our Ithaca villas. “We felt so at home!” they enthused, “Except home is not nearly as nice.” Which was kind, and probably quite untrue,  as they were particularly elegant Belgians who told me that they go to London quite often as they have just bought a bank there.

The water taxi that delivered them to Kephalonia gave me a lift back to Ithaca, and the crossing only took half an hour as the sea was flat as a mirror, with all the surrounding islands and mainland coast forming a ring around it. 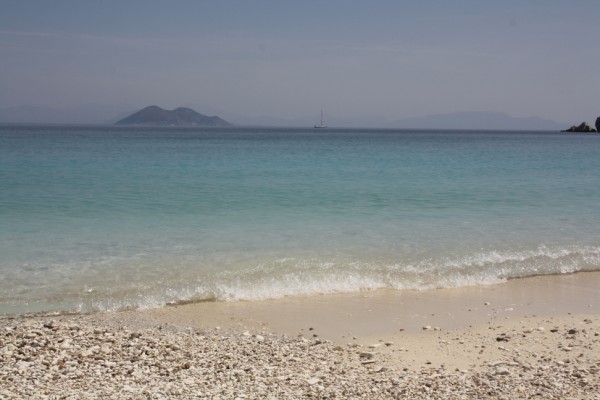 Atokos island and the mountains of Acarnania

I am reading Edward Enfield’s gentle and erudite book of travels around the Peloponnese and Epirus,  called Greece on my Wheels.  The Epirus and Acarnania are our nearest bit of mainland, from whence these islands were repopulated every time Turks, pirates or plague depopulated them, and I was so glad that such a good writer had fallen in love with that romantic, wild, dirty, fierce, heroic and barbaric mountain region – The struggle between the Suliots and Ali Pasha is enshrined in history  by Lord Byron’s Childe Harold, and Edward Lear’s Albanian Journal, (it was all called Albania then,) but does need an airing every now and then.

The best swim of the year, with warm water, an empty bay and an empty, radiant sky.  The houses and staff  here on Ithaca have done sterling work all summer, we all agreed it was the best year ever, and everything and everyone can get put to bed. 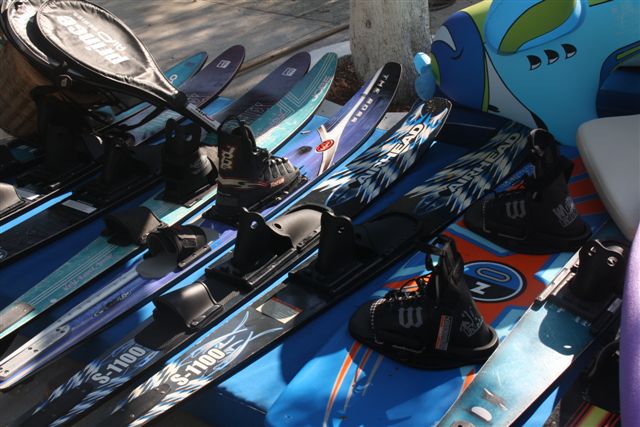 Summer stuff being put to bed