Time to go to Mykonos

It really is time for me to leave Ithaca and  these lotus-eating Ionian islands, in their zonked-out September golden haze, and sharpen up a bit…

I realised this as I was moseying along the little country lane to Skinos, leading Daphne the donkey by her rope, and a couple of tourists stopped to take a picture, saying in German, “Oh look, how sweet, the peasant lady with her donkey.” The straw hat, cotton dress and flip flops should perhaps NOT come with me to Mykonos tomorrow,   and I must look for my hairbrush as well….
Daphne the donkey was perfectly happy until Mitso the farmer, who is a genial rascal, roared up on his motorbike and stopped in a flourish of dust in front of me – “May I just compliment you? Every year you look..” at which point Daphne decided that she did not like the look of him, his smile, the motives behind his compliments, or his motor-bike, and made a break for the hills, with me flying behind her on the rope “Another time!” I called back to Mitso, leaving his words “.. younger and more beautiful…” hanging in the air behind. 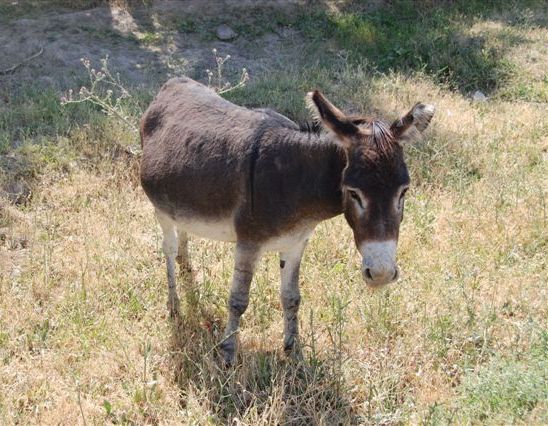 Daphne looking as if butter wouldn't melt in her mouth

So, a last midnight swim as it really is very warm, and a dawn dash in the speed boat over to Kephalonia and then Five Star Greece goes to Mykonos. Without flip-flops and straw hat.

If I had to choose which island to spend time on in September, Mykonos would be one of the top two – fabulous weather, elegant people, and all the glories of its golden beaches and truly great restaurants to enjoy in peace. Nothing is quite as beautiful as the whitewashed houses turning pink and then periwinkle blue as the sun disappears into the sea, and then watching the waterfront lights start twinkling as the sky fades and deepens into night. The true glamour of Mykonos shines through and you fall in love with it all over again, the way that Callas, Picasso, Onassis and the other greats of the 1960’s did before anyone else knew about it. The weather and dazzling light will go on radiantly well into November now. 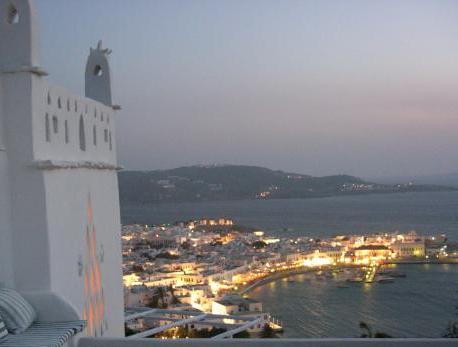 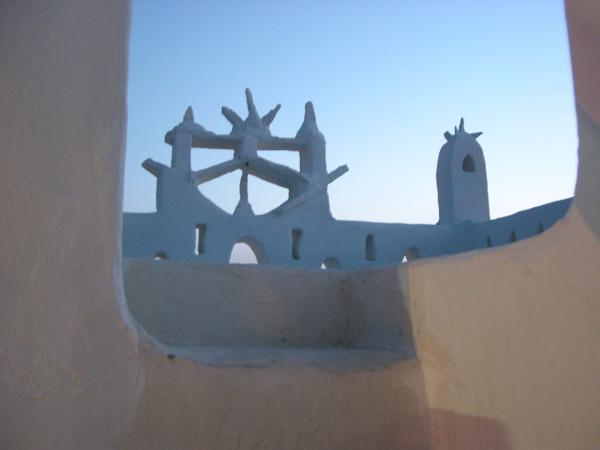 Highly recommended as a change for those who are beginning to be mistaken for a peasant, and think it normal to be walking along with a donkey on a rope rather than a handbag on an arm….