It  is all about the brands this year:

Dubbed “Loubi Beach,”  the most spectacular  show of the summer is the  Christian Louboutin pop-up shop which has opened  on Nammos Beach, in collaboration with the high-end boutique, Enny di Monaco. Christian Louboutin shows off in a  highly instagrammable installation inspired by the island’s beach-goers, whose legs dangle off  beach towels suspended high above, dressed in some of the season’s hottest styles.

As the Louboutin PR agency puts it, pink-faced with excitement,

“Let’s stalk discreetly the crowd lying on the beach. Red, pink and purple towels are hanging from the ceiling and reunite the quintessence of Mykonos party makers archetypes resting during the day. One on the right is doing her nails, the one next door is reading glossy papers, those two – ohh those three sorry-are having some good time. This one prefers topless, pulling off her bra while another one is trying to decide between a glass of margarita or a sex on the beach. All different, but they are all dressed with the key styles of the new collection. That’s Christian Louboutin’s sense of humour.” 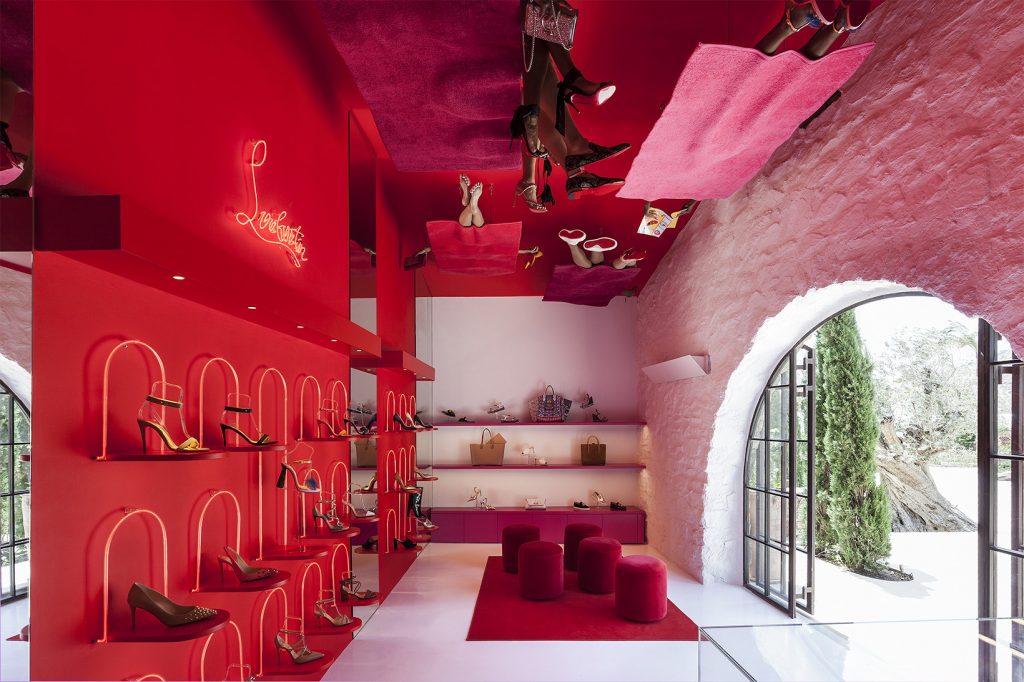 So it’s  straight down to Nammos beach then for FSG,  to spot who is doing her nails, who is reading what, and who is pulling off whose bra – and clearly  having  themselves some good time…

Lindsay Lohan’s new beach bar, called “Lohans”  www.lohanmykonos.com   opened on Kalo Livadi beach in May – the star has been photographed there and it looks set to the be the island’s new big thing, though whether it  can quite top the  excitement of  what’s going on over at “Loubi’s” remains to be seen. 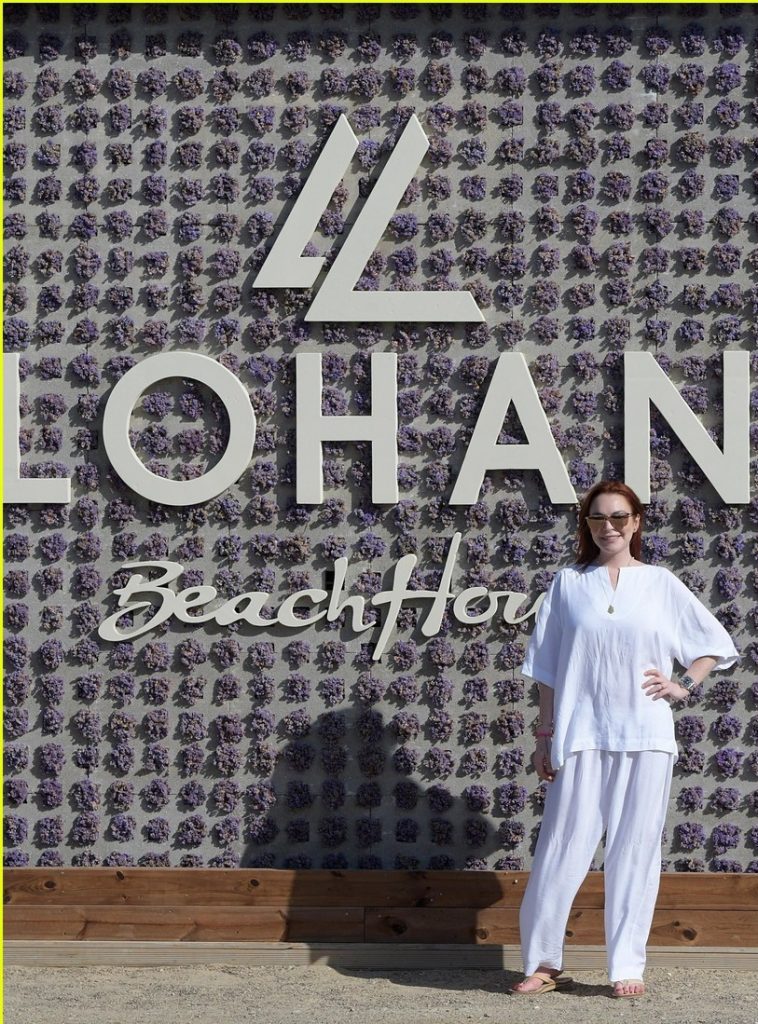 That’s enough excitement for one blog –  FSG is off to go discreetly crowd-stalking now….