What is going on in the Ionian? Corfu, Zakynthos and Kephalonia have all been pretty well discovered/exploited/developed, but below the radar, quietly quietly, keeping low profiles, large concerns and private buyers from the north are buying up big chunks of land on the smaller and less well known islands.

Lefkada, an island of stupendous beaches and wild mountains, is the new home away from home of a prominent Russian. The owner of a private island nearby would not be averse to a sale. Other large tracts of land are being snaffled up with no sound and no fuss. Ithaca real estate only comes in  100 acre parcels it seems and pretty well belongs to three people.

Are we about to see a Maldives style chain of discreetly luxurious bungalows on the water, with small sea-planes and private launches ferrying the barefoot jet-set around? Overtures have been made by the Aman Group for one uninhabited islet in the Ithaca Archipelago, but seem to have gone cold – perhaps they realised that “Aman” means “Alas & alack & woe is me” in Greek,  and usually has to be sung rather drunkenly at 3 in the morning by a man bewailing his lost love,  accompanied by a plangent bouzouki… So “Aman Lefkada,” for example, would have any Greeks who happened to be sailing past reaching for their hankies (or bouzoukia), and  crossing themselves in a frenzy of superstition and supplication to the Virgin to protect them.

A stay  in the  “Aman Levkada” Presidential Villa, booked through Five Star Greece, would be a great way to get over a lost love though…. In the meantime,  while waiting to see what is going on, we do have some rather lovely houses in the Ionian that have already been built, and if you wave enough roubles at the owners, who knows, you too may soon be reaching for a bouzouki….. 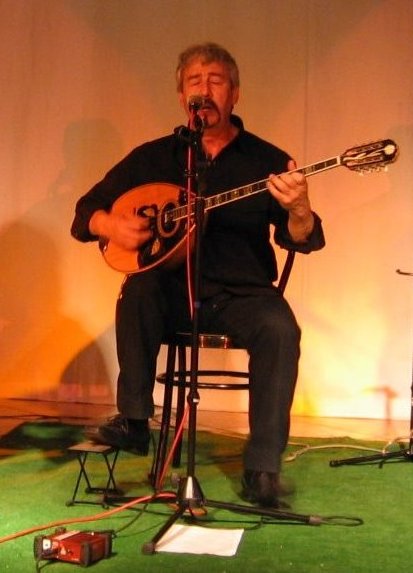 A Greek bewailing his lost love...